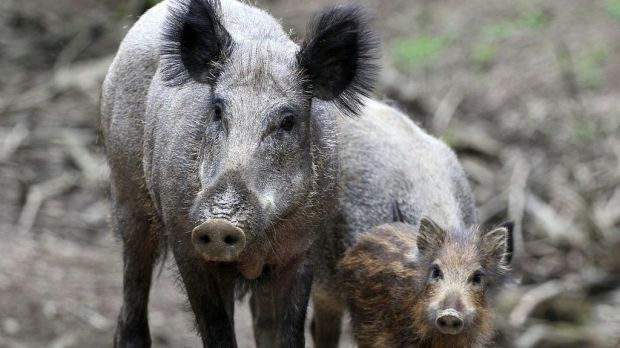 African swine fever (ASF) is spreading at an unabated pace in Polish pigsties.

Poland's top veterinary authority confirmed three more outbreaks in pig farms at the end of July. This brings the number of cases of the disease in farms to 39 within a few weeks.According to experts, the highly contagious virus is spreading much more dynamically this year than in 2020, when just 17 cases of ASF had occurred in agricultural enterprises by the end of July. According to authorities, the most recent outbreaks occurred in the Precarpathian and Lower Silesian voivodeships in southern Poland. However, cases had previously also been reported in Warmia-Masuria to the north and in Wielkopolska. The disease is thus rampant in large parts of the country. In contrast to last year, however, the virus in 2021 is mainly found on small and micro farms. This could indicate functioning biosecurity measures in the large companies. Last week, the Polish government put together a new aid package to support livestock farmers affected by African swine fever (ASF).

In Germany, a total of 1,844 cases of ASF have been confirmed in wild boar as of August 9. Meanwhile, the first outbreak of African swine fever in many years in the Dominican Republic caused an international sensation.

The Polish program to support pig farmers, which has a budget of almost 44 million euros, includes a contribution to the costs of biosecurity and prevention measures. For example, the state will pay half of the costs for the purchase of disinfection mats, disinfection equipment, protective clothing and the securing of barn buildings. However, compensation payments are also planned for the financial losses incurred on the pig market as a result of ASF. At the equivalent of 33 million euros, these make up the lion's share of the funding pot. Farmers will also benefit from interest-free loans to cover contractual civil liabilities. The funds are organized and disbursed by the National Agricultural Support Center (ARiMR). In order to avoid long-term structural distortions in the pig sector, the Polish government is also promoting the reconstruction of pig herds and the restarting of breeding and fattening facilities. Government support for slaughterhouses and other processing facilities in ASF areas was also announced.

In late July, U.S. Department of Agriculture (USDA) testing of swine samples from the Domincan Republic confirmed the presence of ASF in that country. Initially, two pig farms in two provinces about 200 km away were affected. In the meantime, according to the Ministry of Agriculture there, outbreaks have already been detected in eleven of the total of 32 provinces. In order to stop the further spread of the disease, tens of thousands of pigs are to be culled. Farmers have been promised financial compensation by the government. There are said to be 1.35 million pigs in the Dominican Republic, according to the Bloomberg news agency. This is the first time in about 40 years that ASF has reappeared in the Americas. The reason for the introduction is still unknown.

International organizations such as the World Organization for Animal Health (OIE) and the Food and Agriculture Organization of the United Nations (FAO) warned countries of a possible introduction and called for the activation of emergency response plans and strengthened protective measures. Brazil, the U.S. and Mexico, among others, have stepped up surveillance at ports and airports to ensure that airlines, shipping companies and travelers comply with import bans on high-risk products.


This text first appeared on www.fleischwirtschaft.de.