More outbreaks than ever before 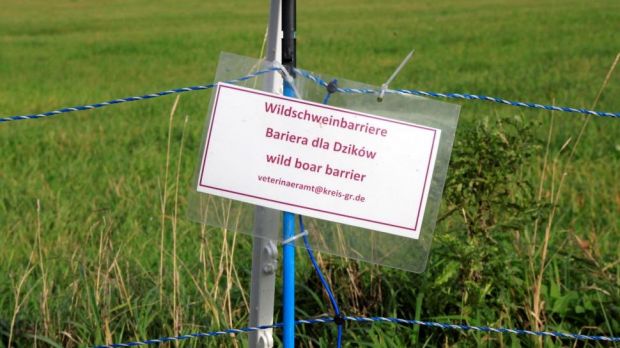 A sad record has been broken in Poland when it comes to African swine fever (ASF). According to the Supreme Veterinary Authority, there have never been as many outbreaks in agriculture as this year since the disease first appeared in 2014.

According to official surveys, a total of 110 cases have now occurred in pig farms since the beginning of the year. This means that the previous annual high of 2018, with 109 affected farms at that time, was already exceeded at the beginning of October. It is foreseeable that several more cases will occur by the end of the year, despite the usual seasonal calm.

The most recent outbreak affected a farm in Wielkopolska. This is said to be a small holding with around 30 animals. The authorities are nevertheless alarmed here, as there are said to be more than 70 other farms with an estimated 4,000 pigs within a 3 km radius of the latest outbreak alone. In the extended circle of 10 km, there is talk of more than 500 farms and more than 70 000 domestic pigs.

Germany wants more commitment from Poland in the fight against ASF. The infection pressure from the Polish side is still very high, stated State Secretary Beate Kasch of the Federal Ministry of Agriculture (BMEL). A joint approach of Germany and Poland in the construction of wild boar barriers in the border area is therefore very important. The German protection corridor concept, with a "white zone" and a corridor delimited by two fixed fences, aims to interrupt the spread of infection to the west by reducing the wild boar population to zero in it.

She believes an extension of this protective corridor concept on the Polish side would be an effective means of halting the westward spread of ASF, she said at a recent meeting in Brussels with Claire Bury, deputy director general for health and food safety, and her Polish and Czech counterparts. "Unfortunately, Poland continues to be unwilling to move here. This is despite the fact that Germany had promised personnel, organizational and financial support," the State Secretary noted following the "Animal Health Troika."

As the Federal Ministry of Agriculture added, the ASF incidence in Brandenburg is limited to areas close to the border with Poland. In addition, sequencing of the virus type by the Friedrich Loeffler Institute (FLI) has shown that the outbreaks in Germany and Poland are related, it said, because there are migratory movements of feral pigs between Germany and Poland. AgE