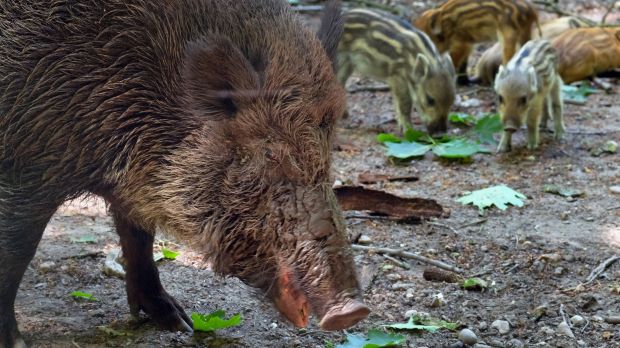 Foto: Imago Images / Martin Wagner
Many wild boars are infected with ASF. Spread to surrounding pig herds has not been observed.

The number of wild boars in Germany confirmed to be infected with African swine fever (ASF) has exceeded the 2,000 mark. According to data from the Friedrich-Loeffler-Institute (FLI), there have been 2,013 detections in wild boar and another three in domestic pig farms.

16 new cases of ASF were reported in the Spree-Neiße district of Brandenburg, as well as two each in the Barnim district and in the city of Frankfurt/Oder. Since the first appearance of the animal disease on September 10, 2020, 1,586 ASP outbreaks have been detected in Brandenburg, and 430 in Saxony.

However, there is a slight all-clear in the domestic pig herds affected so far in Brandenburg, reports Fleischwirtschaft.de. As the Ministry of Social Affairs responsible there announced on Wednesday, the two restricted zones III in the districts of Märkisch-Oderland and Spree-Neisse were lifted. "The dissolution of the restriction zones III is good news for the pig-holding farms in the affected areas. This makes it easier to market pigs from this region again," said the head of Brandenburg's ASF crisis team, Anna Heyer-Stuffer.
According to her, the investigations of the surrounding pig herds have shown that no spread of the animal disease has taken place.

Success in the fight against ASF was reported this week by the Philippines. According to the Department of Agriculture, cases of ASF have been detected in pig herds in nearly 3,000 municipalities and cities since the animal disease first appeared in mid-2019. Currently, the virus is still active in only 24 municipalities, or less than 1 percent of the previously affected towns, according to blood samples evaluated.

In 484 villages or neighborhoods, there have been no detections in herds for three months, and in another 410 municipalities for more than six months, he said. "Due to stricter surveillance and biosecurity measures and the strong partnerships with local authorities, pig farmers and the private sector, we are gradually winning the fight against ASF," said Dr. William Medrano, undersecretary in charge of the department.