New finding in the Uckermark 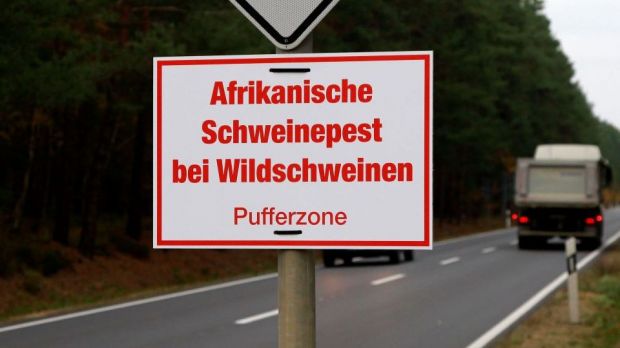 Foto: IMAGO / Future Image
The already existing buffer zone will be extended to the border with Mecklenburg-Western Pomerania.

African swine fever (ASF) continues to spread in the north of Brandenburg. The National Reference Laboratory at the Friedrich-Loeffler-Institute (FLI) confirmed the finding just a few kilometers from the German-Polish border.

The infected freshling was found as fallen game in the area of Blumenhagen, a district of Schwedt/Oder, just a few kilometers from the German-Polish border. According to the responsible Potsdam Ministry of Consumer Protection, the place of discovery lies west of the fixed fence along the border with Poland. A core area will therefore be established around the discovery site, and the already existing buffer zone will be extended to the border with Mecklenburg-Western Pomerania.

In order to determine the exact extent of the epidemic, the district of Uckermark has also initiated an intensive and large-scale fallen game search around the discovery site. For the first time a suspicion of ASF had been confirmed on August 12 in the Uckermark. At that time it had been an adult wild boar, which had been killed east of the protective fence near Criewen sick.

Brandenburg has already erected a solid wild boar barrier along the entire German-Polish border to protect against ASF. Due to continued high disease pressure from western Poland, a second fence is currently being built to establish a protective corridor. The first outbreak of ASF in wild boar had been officially detected in Brandenburg on September 10, 2020. With the cases confirmed yesterday, a total of 1,670 wild boars taken or found as fallen game in Brandenburg have tested positive for the disease so far. Nationwide - i.e. in Brandenburg and Saxony - the infection has so far been detected in 2,145 wild boars and in three Brandenburg farms. AgE