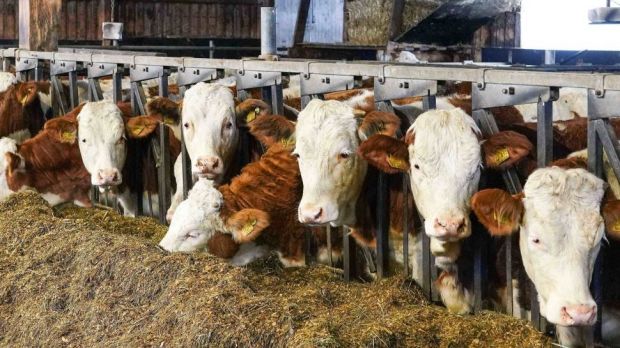 Greenpeace complains that greenhouse gas (GHG) emissions from processing are systematically underestimated. The upstream sectors would also have to be taken into account. This would mean that emissions are three times higher. The environmental organization is therefore calling for the number of animals to be halved.

According to the environmental organization Greenpeace, the German Federal Ministry of Agriculture regularly lists only the direct greenhouse gas (GHG) emissions from livestock production, ignoring the upstream, indirect emissions of greenhouse gases, for example from the cultivation of animal feed. According to an analysis by Greenpeace, the total impact on the climate from the production of animal-based foods is 120 million metric tons of CO2 equivalents per year, which is a good three times higher than previously indicated.

According to Greenpeace agriculture expert Lasse van Aken, the number of animals in agriculture may only be half of what it is today by 2035 because of the high sector emissions, in order to achieve the emissions targets set as binding in the Climate Protection Act. The next federal government must therefore urgently educate consumers, create incentives for less consumption of animal products and support the affected farms in the fundamental conversion of animal husbandry. There have long been very good proposals for this, such as those of the Borchert Commission. These must now be put into practice so that farms with fewer animals that are kept in a species-appropriate manner can offer high-quality, sustainably produced and fairly paid products, says the Greenpeace agricultural expert. AgE