Number of organic farms on the rise 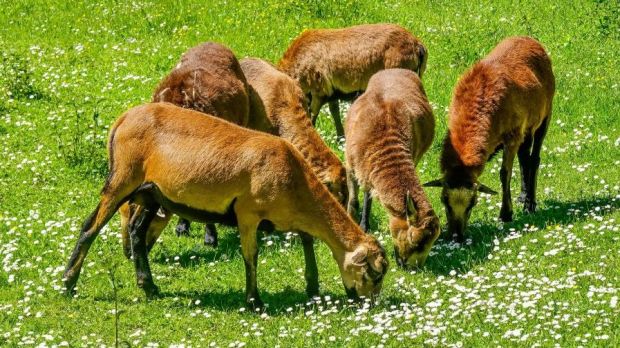 IMAGO / Joko
One third of goats in Germany are kept on organic farms.

While many farms have given up among conventional livestock farmers, the organic sector is showing the opposite trend.

More and more agricultural enterprises with animal husbandry are now farming organically. As reported by the Federal Statistical Office (Destatis), according to the final results of the 2020 agricultural census, the number of farms practicing organic animal husbandry has increased by 41 percent from 12,300 to 17,300 farms over the past ten years. Overall, this means that in 2020, one in ten of the 168,800 livestock farms nationwide was also an organic farm; in 2010, this was true of only six percent of farms.

13,000 farms with organic livestock kept cattle in 2020. This was 34 percent more farms than in 2010, with organic cattle numbers increasing by 45 percent from 2010 to 2020 to 861,300 animals. This represents eight percent of the total cattle herd. Another significant animal species in organic livestock production is chickens: on the cut-off date in 2020, around 8.3 million animals were kept in 5,400 organic standard holdings. The share of organically kept chickens accounted for five percent of the total chicken population nationwide in 2020. By comparison, the figure was three percent in 2010.

Agricultural enterprises with organic pigs, sheep or goats are less common: There were 2,700 organic sheep farmers, 1,900 farms with organic goat husbandry, and 1,600 organic pig farmers. Although the number of organically raised pigs increased by 36 percent between 2010 and 2020 (from 156,300 to 212,500), the share of organically raised pigs in the total pig population is barely one percent. The share of organically kept goats and sheep in 2020 is significantly higher: with 51,400 goats, they had a share of 33 percent and with 243,800 sheep, a share of 13 percent of the respective total animal population.

The number of all enterprises with livestock (organic and conventional) decreased by 28 percent between 2010 and 2020 to 168,800. The decrease was 25 percent for cattle farmers, 47 percent for pig farmers and 15 percent for chicken and laying hen farmers.