"We are on the verge of a system change" 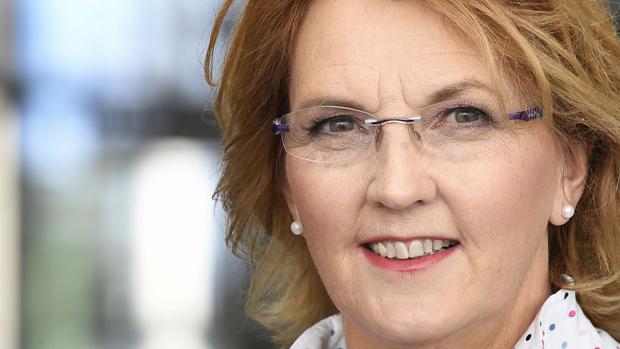 Foto: Susanne Mittag
SPD member of parliament Susanne Mittag is optimistic that the red-green-yellow traffic light coalition will quickly present the concept for financing the conversion of animal husbandry.


agrarzeitung: Are you satisfied with the coalition agreement?


Susanne Mittag: Yes, I am. This time the prospects are much better that a lot will change in animal husbandry. As a negotiator in the working group on agriculture, I had the impression that our negotiating partners from the Greens and the FDP, unlike our government partner in the Grand Coalition, are genuinely interested in making progress here.

The SPD Member of the Bundestag Susanne Mittag represents the constituency Delmenhorst - Wesermarsch - Oldenburg-Land as a directly elected Member of Parliament. During the last legislative period, she was a member of the Bundestag Committee on Food and Agriculture. As animal welfare representative for her parliamentary group, she demands that "husbandry methods be adapted to the species-appropriate needs of the animals". A ban on shortening piglets' curly tails and chickens' beaks is indispensable for the politician, who entered the Bundestag in 2013 and 2017 via the Lower Saxony state list.

The coalition agreement uses the term animal husband ry labelling. However, the Borchert Commission has developed animal welfare labelling. Do you want to reinvent the wheel?

We are of course guided by the recommendations of the Borchert Commission and the husbandry levels for a state animal welfare label specified therein, although these have so far only been developed for the farm animal pig. In the coalition agreement, we have chosen this term instead of the common term "state animal welfare label" in order to differentiate ourselves. The traffic lights want to develop a holistic concept for the transformation process that animal husbandry will undergo over the next 20 years as quickly as possible.

„Selbstverständlich orientieren wir uns an den Empfehlungen der Borchert-Kommission. “
Susanne Mittag
The designated Federal Minister of Agriculture, Cem Özdemir, told the Stuttgarter Zeitung: "Those who want to eat meat are welcome to do so. Those who produce meat are also allowed to do so, but taking into account animal welfare, climate protection and not to the detriment of our environment." What do you think of Mr Özdemir's plans?

It is true what Mr Özdemir says. He seems to have a pragmatic attitude.

We have always disagreed on this. Minister Klöckner has mostly insisted on voluntariness. I believe that a state label that shows both the legal minimum standard and the three higher animal husbandry levels can be introduced on a binding basis. A livestock farmer from the Netherlands should also be able to participate, as long as he meets the requirements. Our primary concern is transparency. The traffic lights will have these plans examined.

However, the coalition partners have left open the instrument for financing - whether by means of an animal welfare levy or an increase in value added tax. In order to restructure livestock farming, the aim is to develop a financial system supported by market participants, the revenue from which would be earmarked to compensate for the running costs of farms and to promote investment without imposing a bureaucratic burden on the trade. Was there a dispute with the FDP, which does not want to increase taxes?

Who says there are only these options? At our core, it's about permanent funding for higher animal welfare standards. The money that the consumer is to pay additionally for corresponding products in the supermarket must arrive with letter and seal at animal keepers. We want to start by examining what options there are for achieving this. We will get to grips with this quickly. Next year, the three-stage national animal husbandry labelling system for all animal species, which is a prerequisite for the system change, could be ready. It should also apply to processed meat in the catering industry, including canteens in nursing homes and day-care centres. This is because we want to place more emphasis on quality in nutrition overall.

The traffic lights want to reduce emissions of ammonia and methane only "with due regard for animal welfare". This indicates that in future animals should be housed in stables with access to fresh air and that technical measures should not be the means of choice. In order to save emissions, fewer animals would have to be kept. Is that your goal?

The state will not dictate how many animals may be kept on a farm in the future either. But the tendency to keep fewer animals is certainly influenced by framework conditions of having to offer the animals more space. However, this should not put animal owners at a disadvantage, which is why we are introducing the three-stage animal husbandry labelling system.

What will the barn of the future look like?

We want to introduce certified husbandry systems analogous to the three-stage animal husbandry label. The plan is that this will speed up approval procedures under building law, because the districts will know in advance how many animals will be kept in the barn or in the open air.

As I said before, there should be the statutory minimum standard and also the three higher animal husbandry levels and we will be guided by the recommendations of the Borchert Commission.

„Ein Offenstall bedeutet nicht, dass man einfach nur den vorhandenen Stall öffnet. “
Susanne Mittag
How do you see the chances of livestock farms in the district of Vechta or in the district of Cloppenburg, which would only be allowed to build under the condition to install an air filter, to get a permit for an outdoor climate stable according to the requirements of the three-stage state animal husbandry label?

An open barn does not mean simply opening up the existing barn. The design of the barn must be changed to also produce fewer emissions, for example by separating feces from urine. That is why we also want a testing and approval procedure for such stall systems. In this way, the 'stable of the future' to which you referred, which meets the necessary criteria, can be built quickly, with legal certainty and in a functional manner. At the same time, we want to adapt building and licensing law accordingly. Of course, the local approval authorities cannot yet be aware of these future barn systems and the outstanding adjustments in building and approval law. There will then be a new basis for their work and decision-making.

In addition, the traffic lights want to close "existing gaps" in the livestock regulations. What should be banned first?

The tethered stall is a discontinued model, as is the dehorning of cattle without anaesthesia or the shortening of curly tails in pigs. We also want to define when torture breeding begins: for example, when the udder of a cow is so large that the animal can hardly walk or is constantly struggling with inflammations. Breeding must change accordingly here.

The interview first appeared on agrarzeitung.de and was conducted by Henrike Schirmacher.