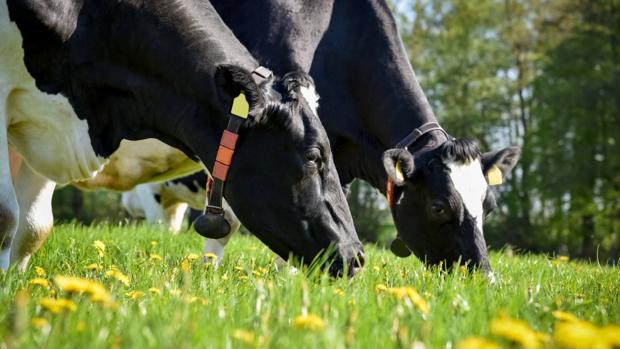 Modern livestock farming is highly specialized and intensified. However, smart farming could bring a renaissance to pasture farming. This could eliminate the need for additional feed purchases.


At present, proper and efficient use of pasture can only be achieved through time-consuming and costly fencing. This is because common pasture fences are rigid systems. They are difficult to use for optimal pasture utilization - with short grazing periods and rapid rotations between areas. The lack of technological innovation in pasture management for years makes free-range grazing less competitive.

To remedy this situation, the "GreenGrass" research consortium has been formed, which is being funded by the German Federal Ministry of Education and Research (BMBF) as part of the "Agricultural Systems of the Future" program with a total of €5.5 million for five years. The consortium of interdisciplinary scientists from seven German universities, two practical partners in agricultural engineering and the Lower Saxony/Bremen Grassland Center aims to make agricultural animal husbandry more sustainable and animal-friendly by developing and introducing new technologies.


The researchers are supported by a large number of strategic partners from agriculture, nature conservation, the processing and marketing industry, and veterinary medicine. By developing and adapting smart-farming technologies, the scientists aim to create innovative grazing systems and test them for economic and environmental viability.

The future will be smart

Flexible virtual fences will be used. These systems consist primarily of a collar worn by the animals. When approaching an invisible boundary defined in advance via app and satellite map, the collar sends acoustic warning signals. If the animal nevertheless tries to enter the area of the pasture bounded by the virtual fence, the collar emits a short electrical pulse. The current intensity is only one tenth of that of a conventional electric fence.

"After a short learning phase, the majority of the cattle have learned the dimensions of the virtual fence based on the warning tone, and they adapt within a few hours even if the area is moved spatially," says project coordinator Dr. Juliane Horn of the University of Göttingen's Grassland Science Department. Negative effects of virtual fencing on the animals' activity and behavior have not been observed so far. "After a few days, the animals only ran as far as the beep - and not the current pulse," Horn said.

But the possibilities are far from exhausted. The scientists at "GreenGrass" are also working on using drone images to obtain detailed information about the condition of pastures. This would make it possible to keep cows without relying on purchased feed - while protecting ecologically sensitive areas and habitat structures. "The ability to set virtual fences in a spatially and temporally variable way can improve the structural and biological diversity of grasslands," says Juliane Horn. For example, old grass strips or nesting sites for ground-nesting birds could be specifically promoted.