With the eyes of a cow 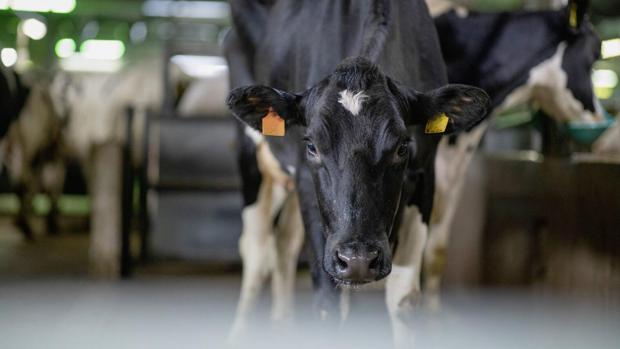 VIon
The VR goggles simulate the cow's visual perception of its current environment, allowing conclusions to be drawn about animal behavior.

Virtual reality can make animal behavior comprehensible to humans. With the help of "virtual" cow goggles, the aim is to achieve greater animal welfare in our dealings with each other. Vion introduces the new VR technology.


The Dutch-German meat group Vion is also using VR technology to optimize new construction and renovation work at its slaughterhouse stables in Altenburg, Thuringia. A virtual "cow goggle," which allows the visual perception of a cow to be experienced via VR glasses, is intended to increase the comprehensibility of the animals' behavior and thus ensure improvements in animal handling. The goggles, developed by Benito Weise, an employee of the Agricultural Training Center in Echem (LBZ

), together with a team of specialists, simulate the field of vision of a female cow in its current environment.

Whether light changes, color differences or ground changes - a specially developed helmet camera projects the visual perception of a cow onto the user's VR goggles. In parallel, the images are recorded - as here by Peter Menzel, programmer of the cow goggle software from the LBZ Echem - for the purpose of real-time monitoring and later analysis.

Dr. Veronika Weber, a veterinarian and Group Quality Manager at Vion, explains that cow eyes have nearly 330° of all-round vision, but only the ten percent of their field of vision that is frontally in front of them comes into sharp focus. Outside this area, the visual acuity is only about 30 percent of the human eye, he says. Contrast perception is also more extreme, which means that cows take much longer than humans to adjust to the changed light conditions when there is a change in brightness. If these special features of cow optics were taken into account in the planning of construction work, this would bring "significantly more calm into the processes," says Weber.

The goggles will also be used to train and sensitize employees and animal welfare officers so that potential stress and danger situations can be reduced or avoided altogether in the future.

For project manager Weise, the aspect of animal welfare can thus also be better implemented in the planning and redesign of slaughterhouses. The "cow goggles inventor" has already received awards for his development; in 2020, the cow goggles were honored by the Lower Saxony Ministry of Food, Agriculture and Consumer Protection with the Digitalization Award for Agriculture & Nutrition.

The text first published on fleischwirtschaft.de