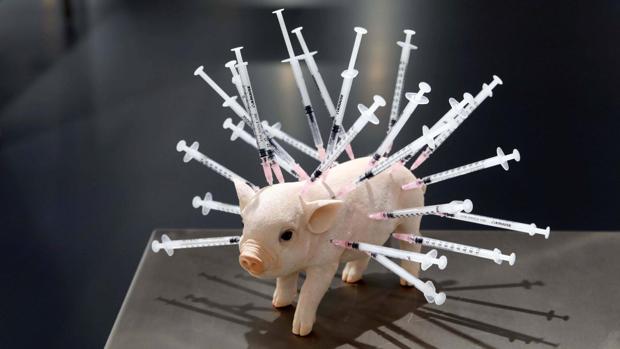 imago/Sabine Gudath
The EMA has now proposed antibiotic active ingredients that may no longer be used as veterinary medicines in the future.

The European Medicines Agency (EMA) has now drawn up a list of antimicrobial agents that are to be reserved for human medicine in the future. There are also plans to ban imports of animal products in the production of which the active substances in question were used.


The European Commission can now take the next steps to fully implement the new European Veterinary Medicines Regulation, which recently came into force. The European Medicines Agency (EMA) has submitted the opinion on the basis of which a decision will be taken on the antimicrobial active substances to be reserved for human medicine in the future. Of the antibiotics, the recommendations should include.

- combinations of cephalosporins with β-lactamase inhibitors and

- as well as glycopeptides and macrocyclines

may no longer be used to treat animals. A ban on imports of animal products in the production of which the active substances in question were used is also envisaged.

To evaluate the antimicrobial substances, which include antibiotics as well as drugs against viruses and protozoa, the EMA said it has adopted a stepwise approach with three criteria. According to the criteria, the proposed substances are all of high importance for the treatment of serious, life-threatening infections in humans, could be affected by a transfer of corresponding resistance from the field of veterinary medicine to human medicine, and at the same time are not without alternatives with regard to the veterinary medicine spectrum of use.

The amended EU Veterinary Medicinal Products Regulation had been adopted at the end of 2018 and has to be implemented in all member states since January 28 of this year. However, the list of antimicrobial medicines to be reserved for human medicine has so far been omitted by the Commission. As of last update, the agency plans to discuss the list with member states in the middle of the month, along with a draft implementing act, and then involve the European Parliament. AgE