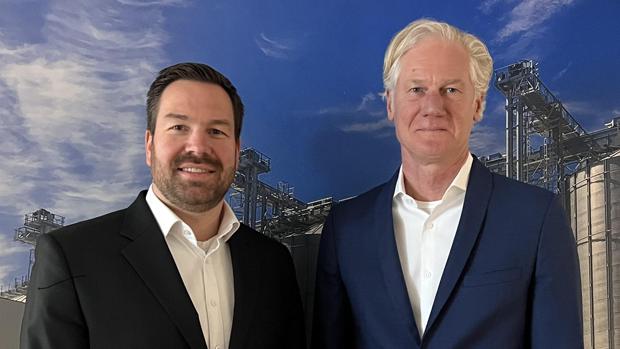 The Federal Association of Agricultural Trade in Berlin and the Association of Grain Traders of the Hamburg Stock Exchange merge to form the new industry association "Der Agrarhandel". The member companies of both associations decide on the merger today at their general meetings in Berlin.


In the future, Agrarhandel e.V. is to offer its members from the Bundesverband Agrarhandel (BVA) in Berlin and the Verein der Getreidehändler der Hamburger Börse (VdG) extensive technical work on nationwide as well as international agricultural trade, as well as an international arbitration court and legal advice. With its combined strength, it will be able to contribute even more effectively to public and political discussions and represent the interests of the industry. The agricultural trade will maintain offices in Hamburg and Berlin.

The two current association presidents Rainer Schuler, managing partner of Beiselen GmbH, and Thorsten Tiedemann, member of the board of Getreide AG, will lead the new association until the first elections in September 2022. The current managing directors Martin Courbier (BVA) and Christof Buchholz (VdG) will take over the management of the offices. All the jobs of the two previous offices will be retained in full in the new association. OD

Interview with the two managing directors Christof Buchholz and Martin Courbier about the background.

Question: What do you expect from the merger?
Martin Courbier: Our goal is first and foremost to have stronger top-level representation with a broad professional profile. Especially in times of crisis, it becomes clear how important a strong representation of interests is for all companies active in the agricultural trade. Of course, it is also about securing the future. A shrinking industry calls for the optimization of tasks and processes and the exploitation of synergies in the provision of information. The members expect an increased range of services for the whole. Each association brings an individual profile that complements that of the other very well.

Christof Buchholz: Our primary concern is to be there for the members. Both associations have a long history. Although the membership structure of the two associations is different, their interests are comparable. That's why the merger was only logical for us.

Question: But when did the idea for this merger come about? Was there an initial spark?
Christof Buchholz: The idea has been around for quite a long time. From time to time, the two associations have made advances in this direction. In January 2020, we finally started not just talking about it, but working together effectively. We developed a joint presence on social media, held events together for our members, such as seminars entitled "Good to know in agricultural trade." We started to create synergies on a professional level. We have been doing this for around two years now. Now we want to merge in March.

Martin Courbier: The merger is based on a clear mandate from both groups of members. From our point of view, our recipe for success was that we approached this project step by step. To put it very briefly, we started with a cooperation agreement, then established weekly team meetings, and at the end we had the merger. Basically, we structured it in the same way as partnerships are formed. You don't get married first and then get to know each other, but the other way around. In this entire process, the honorary office has placed a lot of trust and responsibility in us as managing directors, for which we are very grateful.

Question: Will there be a division of labor in the future?
Christof Buchholz: In principle, we will be equal managing directors. Because Martin Courbier is based in Berlin, he is naturally much closer to German politics. I, on the other hand, know the European level very well because I lived in Brussels. Together with the team, I will cultivate and intensify the international aspect, the contact to Brussels and to European associations. Martin Courbier is doing the job in the direction of German politics.

Martin Courbier: In this first phase, the two of us will also coordinate more intensively than we have in the past weeks and months anyway. As we all know, the devil is in the details, so we will have to establish and implement the communication strategy in the team, coordinate templates, set up a new homepage, and so on. With a merger decision, a lot has already been done, but not everything.

Question: What developments are there in the industry?
Martin Courbier: At the moment, almost everything revolves around the terrible events in Ukraine and the associated consequences for the agricultural markets. It's about maintaining markets and supply chains that are under threat. Regardless, the crucial question of this decade, made even louder by the current crisis, remains: What kind of agriculture and agribusiness do we want in the future? Do we want extensification, intensification, or shouldn't we perhaps talk more about intelligent optimization that combines climate protection and productivity?

Christof Buchholz: The challenges come on the one hand from Brussels through the Green Deal and the Farm-to-Fork strategy and on the national level through the arable farming strategy and many other political projects. Structural change generally means that we have fewer companies and that these companies are getting bigger. This is a development that we have seen for many years, and it is not yet at an end. That's why we as associations have asked ourselves, where do we want to be in five or ten years if we want to continue to represent the industry effectively? This concentration process or structural change is not as much related to digital transformation as we once thought. I would imagine that the Supply Chain Act will increase the importance of traceability, and with it the digital demands on companies to be able to trace products back to their origin if possible. The structural change has occurred, but not as feared due to increased digitalization.