Massive spread in Soest and Paderborn 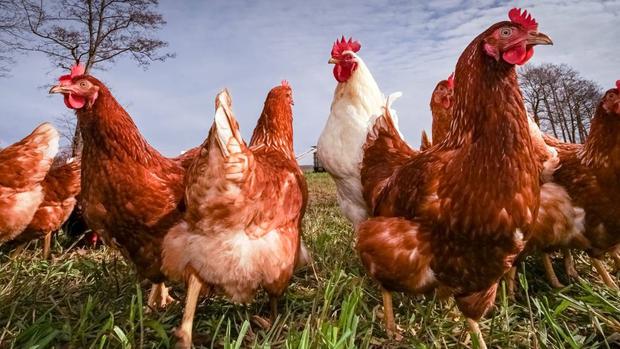 IMAGO / Countrypixel
Mobile poultry keepers are no longer allowed to keep their birds outdoors in the restricted zones affected by avian influenza.

The suspected cases of the highly contagious bird flu virus in North Rhine-Westphalia have been confirmed. The outbreak this year is earlier and more intense than in previous years.


The Friedrich-Loeffler-Institute (FLI) has detected the highly contagious avian influenza virus (influenza A virus of subtype H5N1) in 7,400 turkeys killed in the meantime in a fattening farm as well as in 43,000 pullets also already killed. Both farms are located in the municipality of Delbrück in the district of Paderborn. On 20 November 2021, the viral disease also broke out in a direct contact farm in Lippstadt in the district of Soest. Here, 8,600 diseased turkey cocks and 8,000 turkey chicks had to be killed as a precaution, the Ministry of Agriculture in Düsseldorf announced.

"The outbreaks of avian influenza hit the local poultry industry hard. The detected virus is very aggressive and causes the animals to die in large numbers with severe symptoms," said State Secretary Dr. Heinrich Bottermann: "All poultry farmers must now exercise the utmost vigilance and care." Avian influenza is occurring earlier and more frequently this winter than in previous years.

Among other things, protection zones within a radius of three kilometres and surveillance zones within a radius of ten kilometres around the affected farms are to prevent further infections. The established restriction zones extend into the districts of Gütersloh and Warendorf. Here, particularly strict conditions apply to poultry farmers. In order to contain the animal disease, all chickens, turkeys and other poultry in the districts of Paderborn, Gütersloh and Soest must remain indoors. In addition, poultry exhibitions and markets have been banned throughout the state. In addition, poultry dealers in the traveling trade must observe special precautions if they wish to continue selling poultry from their cars. For example, poultry must be examined by a veterinarian no more than four days prior to sale, and in the case of waterfowl, the veterinary examination must be supplemented by laboratory testing. These preventive measures are intended to prevent the spread of avian influenza.

The text first appeared on agrarzeitung.de