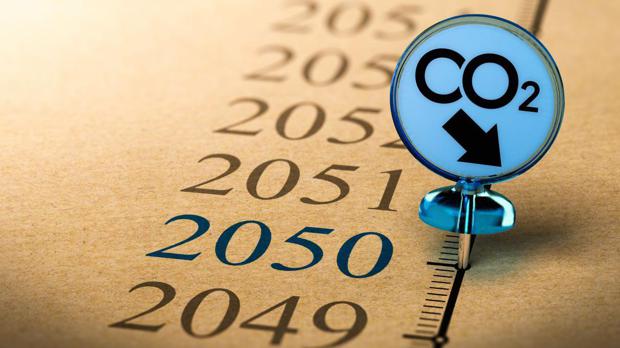 imago/Panthermedia
CO2 emissions must be reduced by 55 percent by 2030, and the EU aims to be climate-neutral by 2050.

The Institute for Industrial Ecology (INEC) at Pforzheim University of Applied Sciences has developed a free Internet program to easily determine the greenhouse gas (GHG) emissions of companies in a cooperative effort. This makes it easy to prepare a climate balance sheet.

The university announced that the "scope3analyzer" in question has been released for public use on the think tank's website. The determination of an operational "carbon footprint" is the first important step on the way to climate protection in companies, it said. The program, which the university developed together with the Thinktank für industrielle Ressourcenstrategien (think tank for industrial resource strategies) in Karlsruhe and Systain Consulting GmbH in Hamburg, has already been extensively tested with practical partners from industry and provides a very simple introduction to climate accounting. It enables emissions to be calculated directly and anonymously on the basis of the company's existing purchasing and consumption data.

The reporting methodology is accepted by common international standards such as the Greenhouse Gas Protocol, the Carbon Disclosure Project and the Science Based Targets Initiative. According to the university, the emissions contribution of the supply chain is estimated using economic data. Emissions from upstream products from Asia or other world regions could even be included. This would lead to a comprehensive picture of corporate activity and enable the identification of GHG emissions hotspots. In addition, direct emissions on site and indirect emissions from purchased energy would be calculated.

According to project manager Prof. Mario Schmidt, the "scope3analyzer" unfolds its potential the more suppliers a company has and the more difficult it becomes to research individual figures. "Above all, the data should be collected using the same method and thus be comparable. This is ensured by the method we use," Schmidt said. The development was funded by Baden-Württemberg's Ministry of the Environment.