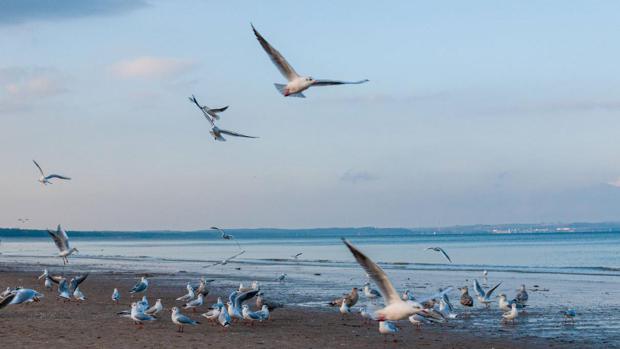 imago/penofoto
According to scientists, summer outbreaks of the highly contagious disease in the bird population of the North Sea region are likely to occur more frequently in the future.

In Denmark, Highly Pathogenic Avian Influenza (HPAI) appears to be evolving from a seasonal disease to a permanent problem. This means an increased risk for poultry farmers.


As the trade magazine "Landbrugs Avisen" reported, an unusually large number of dead wild birds were recently found on the west coast of Jutland. Experts fear that these animals have died from a variant of avian influenza, which recently broke out in a bird colony off the Scottish coast.

The Danish Veterinary and Food Administration (Foedevarestyrelsen) is now investigating whether the seabirds found died, and if so, from which type of HPAI. However, according to biologist Knud Flensted of the Danish Ornithological Society, there can be no doubt that summer outbreaks of the highly contagious disease in the bird population of the North Sea region can be expected to occur more frequently in the future.

According to Flensted, this also poses a permanently increased risk to poultry farming. Poultry farmers would be well advised to keep a close eye on the spread of the virus throughout the year and to consider disease prevention on their farms, he said. AgE