Fewer pigs in the stables 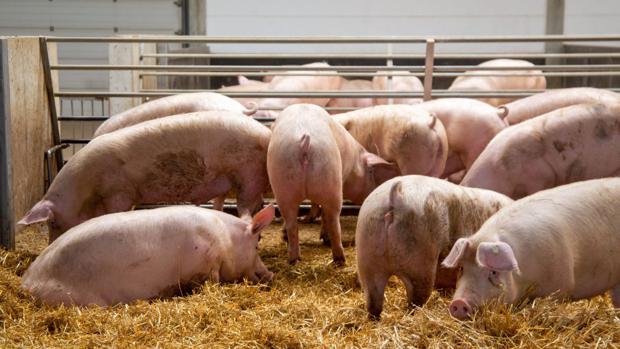 Pig farmers in Denmark have noticeably reduced their pig herds this spring. Decrease in all categories, especially there will be fewer piglets.

As the Danish umbrella organization for the agri-food industry (L&F) announced yesterday, the difficult economic situation of producers is now making itself felt in significantly declining livestock numbers. According to data from Statistics Denmark, just under 12.47 million pigs were kept in the neighboring country on the cut-off date of April 1, 2022; this was 689,000 animals or 5.2% fewer than twelve months earlier. Already since October 2021, the pig population has been declining year-over-year in the quarterly surveys, with greater attrition from census to census.

The most recent sample survey of about 1,700 farms found lower animal populations in all categories, according to L&F. This was especially true for fattening pigs, which were down 7.0% year-over-year to 2.91 million head. The signs were also red for "replenishment": the stock of piglets and runners in the weight range between 20 kg and 50 kg was down 4.5% to 5.77 million head; baby piglets weighing up to 20 kg were down 4.7% to 2.57 million head.

According to the current survey, Danish producers also continued to reduce their sow herd. The total number of breeding females fell by 74,000 or 5.8% year-on-year to 1.19 million head. The number of pregnant sows fell by 6.1% to 740,000, and the number of non-pregnant sows by 5.5% to 451,000. This suggests that piglet production in Denmark will decline in the further course of the year. Pig slaughterings were still up 1.0% year-on-year in the first quarter of 2022 to 4.92 million head. However, at the end of April, the total slaughter volume in farms subject to reporting requirements was already 0.4% below the level of the first four months of 2021. AgE