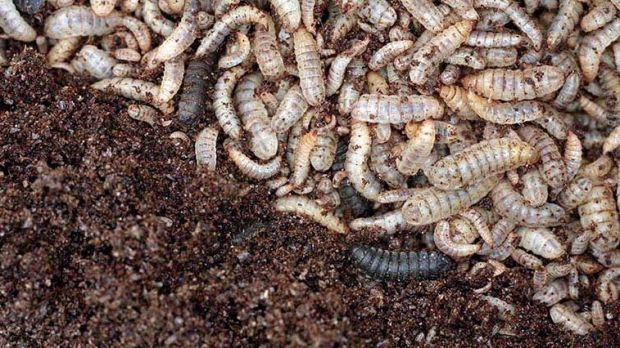 Denmark wants to use insect-based protein feed to avoid some of its soy imports in the future. The country wants to explore the possibilities and thus contribute to environmental as well as climate protection.

Now that the European Union has approved protein from insects for feeding monogastric animals, a research group under the Danish Agriculture Authority's Development and Demonstration Program is to explore practical ways of using this innovative protein source until 2024.

The authority reported that initial trials on pigs and poultry have shown that, under realistic assumptions, insect protein could substitute for up to 10% of the approximately 1.5 million tons of annual soybean imports. However, this would require a significant expansion of existing production capacity.

According to the agricultural authority, scientists at Aaarhus University and the insect producers EntoMass, Enorm and Insectum are counting on the black soldier fly, which can increase its weight forty-fold in the last seven days of its development. So far, however, there is comparatively little data on how to feed the fly optimally and at the same time with low emissions, for example with waste from dairies or breweries, according to the authority.

This is where the research project is to come in. Currently, the project partners believe that nitrogen emissions from "fattening" the black soldier fly can be reduced by 20% under optimized conditions, making a notable contribution to reducing N losses in Danish livestock production. Replacing one-tenth of annual soy imports with protein feed from insects could also save 700,000 t of CO2 equivalents, according to calculations by the University of Copenhagen. AgE