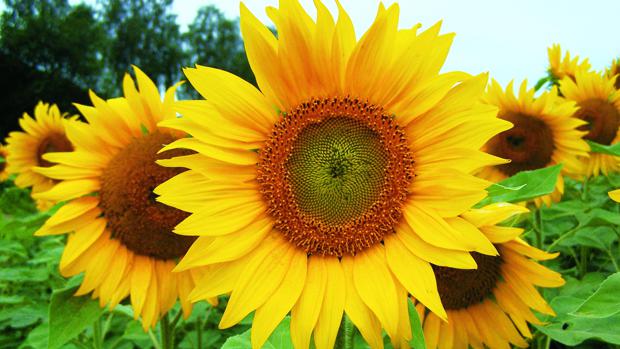 Saatbau Linz
A new record: around 4.7 million ha are drilled with sunflower seed in the EU.

Farmers in the European Union are likely to grow significantly more sunflower. One reason is likely to be the expected shortage of sunflower seed and oil in view of the Ukraine war.


As reported by the Union for the Promotion of Oil and Protein Plants (UFOP) in Berlin, citing data from the EU Commission, a total of around 4.7 million ha are expected to be drilled with sunflower seed for this year's harvest in the 27 member states. That would be almost 200,000 ha more than in 2021. The EU umbrella organization of grain traders (COCERAL) had assumed only 4.47 million ha in its March forecast.

The peak EU sunflower area of 4.6 million ha previously marked in 2013 would be exceeded, according to the commission's figures. This is an important signal for the market supply of European oil mills in view of an unclear sowing and maintenance situation of sunflower cultivation in Ukraine as a result of the ongoing war, UFOP noted.

In terms of area, the largest producer within the EU-27 is Romania, which, according to the Commission's forecast for sunflowers, expects an increase in area of 56,000 ha to around 1.3 million ha. Bulgaria follows in second place with a current forecast of 875,000 hectares. This would expand the area under cultivation there by 4.4%. According to the latest information from the EU Commission, France will also increase its area under this oilseed by 4.4% to 729,000 hectares. In Hungary and Spain, sunflower area is estimated to increase by 4.5% each compared to 2021, to 680,000 ha and 654,000 ha, respectively.

As UFOP also noted, a more significant increase - albeit at a low level - is also emerging in Germany. According to research by Agrarmarkt Informations-GmbH, the area under sunflower in this country will increase by 5.3% to around 40,000 ha.

In terms of crop volume, the EU Commission's forecast assumes yields of 23.8 dt/ha as an overall average, which would represent an increase of just under 2% over the previous year, according to the funding union. Accordingly, the overall result would be 11.2 million t, compared with an estimated just under 10.7 million t last year. COCERAL, on the other hand, had predicted in March that EU sunflower seed production would fall to less than 10 million t. AgE