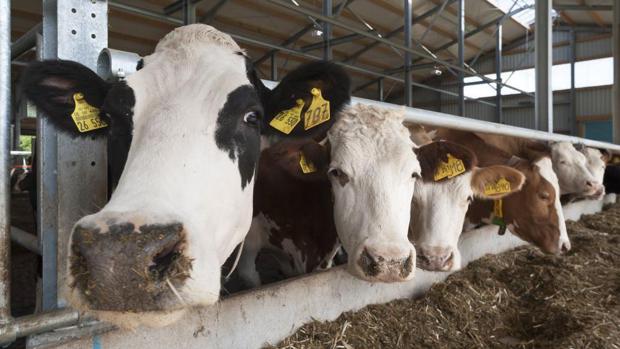 imago images / imagebroker
The EU's cattle population fell to its lowest level in 20 years at the end of 2021.

Producer prices for meat and milk have risen in the European Union. Nevertheless, farmers in the Community continued to reduce their herds on average in 2021, although there are some exceptions.


According to the latest data from the Statistical Office of the European Union (Eurostat), a total of 75.65 million cattle were kept in the 27 member states in November and December 2021, respectively, which was about 844,000 head or 1.1% less than the previous year. The cattle herd has thus fallen to its lowest level in more than 20 years.

The development in the two largest producing countries, France and Germany, was particularly responsible for the recent decline in cattle numbers in the Community. In the neighboring country, the herd declined by 485,600 head, or 2.7%, to 17.33 million head; in this country, cattle numbers fell by 262,200 head, or 2.3%, to 11.04 million head. Higher decline rates of between 3.0% and 4.1% were also reported in Portugal, Hungary and Romania. The decline was more moderate in Belgium, Denmark and Spain, at around 1% each.

However, producers in a total of nine EU countries increased their cattle herds compared to 2020, somewhat mitigating the overall decline. Among them was Ireland, with an absolute increase of nearly 120,000 head, or 1.8%, to 6.65 million cattle. In addition, the increase in cattle numbers seen in previous years continued in Poland with a 1.5% rise to 6.37 million head; in Austria, the number of cattle held rose by 0.8% to 1.87 million head.