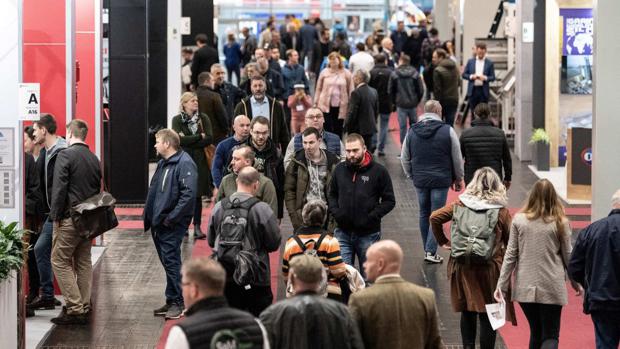 DLG, Pförtner/Jelinek
Interest in EuroTier and EnergyDecentral was significantly lower this year than in 2018.

Despite a slump in visitor and exhibitor numbers, the German Agricultural Society is satisfied with the response to the trade fair duo.


The German Agricultural Society (DLG) has drawn a positive balance for its EuroTier and EnergyDecentral trade shows, which took place last week in Hanover. After a break of four years, the events "impressively showcased the innovative power of both industries," DLG said at the conclusion of the trade shows. More than 1,800 exhibitors from 57 countries and more than 106,000 visitors from 141 countries came to Hannover, it said. Around 41,000 visitors came from abroad. With more than 400 trade events and conferences, the trade fair duo had underpinned its claim to professional leadership. Exhibitors and visitors were "very satisfied".

The conclusion of the DLG is surprising, because compared to the previous trade fairs, the balance is negative. In 2018, at the last Eurotier and EnergyDezentral, 155,000 visitors came to Hannover and 2,597 exhibitors presented themselves. At that time, 46,000 visitors came from abroad. The number of visitors from Germany thus shrank by 40 percent compared to 2018, and the number of foreign guests by 11 percent. Among exhibitors, there was a drop of just under a third.

The CEO of DLG Holding GmbH, Freya von Czettritz, pointed out that livestock farms had to position themselves for the future in all areas in a sustainable and stable manner, regardless of whether it was stable construction, stable technology, digitalization, breeding, feeding or marketing. This requires innovations. The exhibitors at EuroTier delivered these innovations and showed the potential of animal husbandry in the future. Visitors were particularly interested in feed and operating resources, breeding, milking and cooling technology, barn and hall construction, as well as housing and feeding technology.

The next EuroTier, including EnergyDecentral and the World Poultry Show, will be held Nov. 12-15, 2024, again in Hannover, Germany. With material from AgE