Emissions directive to be extended 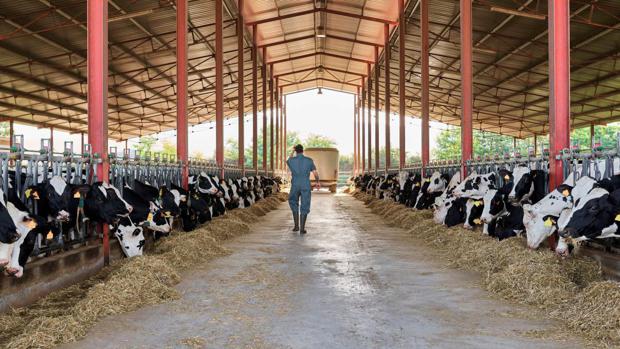 imago/Westend61
The requirements of the Emissions Directive are to apply to large cattle operations for the first time.

The European Commission wants to extend the scope of the Industrial Emissions Directive. This would also affect pig and poultry farms and, for the first time, large cattle farms with more than 150 livestock units (LU) each. The initiative has been heavily criticized by the associations.


As can be seen from the proposals for the revision of the directive presented yesterday, significantly more livestock farms are to be covered in the future. Accordingly, the requirements are to apply to more pig and poultry farms and, for the first time, to large cattle farms as soon as a threshold of 150 livestock units (LU) is exceeded. Under the proposal, the new rules would be gradually extended to eventually affect about 185,000 farms across the EU, up from 20,000 at present.

According to the Commission, the aim is to curb pollution of soil, water and groundwater and, in particular, to reduce methane and ammonia emissions. The emissions in question are to be reduced by 265,000 t and 128,000 t respectively as a result. According to the Brussels-based authority, this would bring human health benefits worth the equivalent of more than 5.5 billion euros.

"By 2050, economic activities in the European Union should no longer pollute air and water, or the wider environment," said Frans Timmermans, the Commission's executive vice president with primary responsibility for the Green Deal. The proposals would significantly reduce harmful emissions from industrial plants and Europe's largest livestock farms. He said modernizing Europe's regulatory framework for industrial emissions will ensure that the new rules act as a guide for long-term investment, while increasing Europe's energy and resource independence and encouraging innovation.

According to EU Environment Commissioner Virginijus Sinkevičius, the new rules are designed to ensure that "large industrial plants and intensive livestock farms play their part in achieving the goals of the Green Deal and zero pollution." More jobs would also be created as a result of the changes, as the EU's eco-innovation sector has already demonstrated. Measures to proactively address the pollution, climate and biodiversity crises could make the economy more efficient and resilient, he said.

"If this draft directive is implemented in this way, it will be the start of the liquidation of farm animal husbandry in Germany and Europe," DBV Secretary General Bernhard Krüsken said today in Berlin.  According to the DBV, under the new directive a dairy farm with about 100 cows plus offspring or a pig farmer with 500 fattening places would already have to implement "far-reaching and costly emission reduction measures" in the barn, which are not economically viable and counterproductive for animal welfare. The proposals thwarted livestock farmers' efforts to offer more space and open up barns, and would drive farm animal husbandry out of Germany and Europe, he said. "This is not a suitable instrument for effectively reducing emissions and will only lead to farms closing their doors forever," the DBV secretary general warned.

The European association Copa/Cogeca is also upset. It is a blow to livestock producers, especially family farmers, it said. The European Farmers' Association warns against impositions that are far removed from practice and will only lead to further concentration in animal husbandry. AgE