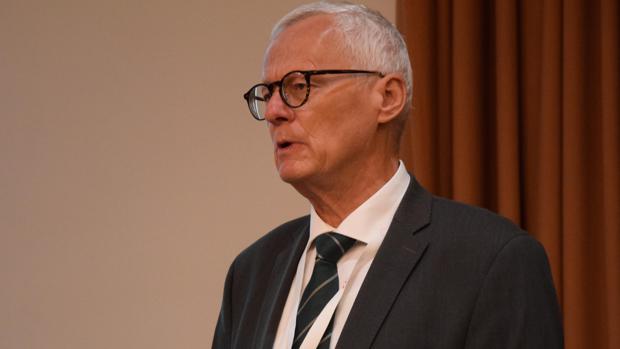 FEFAC President Asbjørn Børsting: “On the global markets, we have now a very difficult situation following the Russian invasion of Ukraine, effectively cutting off the Black Sea region as a major global grain and oilseed exporter. However, FEFAC members remain fully committed to delivering on our commitments to sustainable food systems as part of our Feed Sustainability Charter 2030”. Nevedi Board member Bastiaan van Tilburg: “The Dutch feed industry will continue to invest in new innovative, climate-smart animal nutrition solutions. This will allow our farmer customers in and outside The Netherlands to meet the new societal objectives for a more sustainable and animal welfare-friendly livestock and aquaculture sector”.

DG AGRI Director General Wolfgang Burtscher gave the keynote speech, presenting the range of crisis measures that the European Commission developed recently in support of assuring food and feed security in Ukraine, the EU and at a global level. He referred to the recent decision on Solidarity Lanes to facilitate grain exports from Ukraine and the possibility to grow crops in Ecological Focus Areas in 2022 and possibly also in 2023. He thanked FEFAC for the engagement to help tackle the logistical challenges, caused primarily by the inaccessibility of Ukrainian sea ports. Burtscher highlighted that the renewed discussions on food security will go hand in hand with the EU Green Deal agenda and Farm to Fork Strategy. He pointed to the need to tackle sustainability challenges for agriculture such as climate change and biodiversity. He stressed the EU’s priority to secure an “open strategic autonomy”, opposing any export restrictions.

In the first panel session, the panellists Guido Landheer (Dutch Farm Ministry Deputy Director-General), Asbjørn Børsting (FEFAC President), Nick Major (GFLI Chair), Marije Klever (Chair of the Dutch Young Farmers Association NAJK) and Henk Flipsen (Nevedi Director) discussed the impact on EU feed sector resilience and EU Green Deal targets for the livestock sector together with Wolfgang Burtscher. In an effort to facilitate more sustainable food systems, they put a focus on boosting innovation in feed production, such as grass bio-refining and circular feed options deemed safe but currently not authorised. They all agreed on the need to provide sufficient resources and time to farmers allowing them to invest in the green transition.