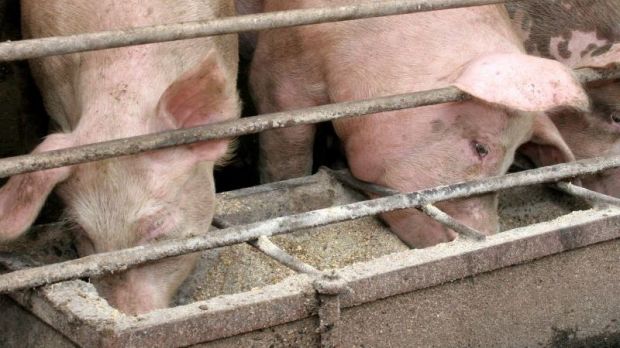 imago images / YAY Images
Strict requirements: The feeding of animal protein is again permitted in the EU to pigs and also poultry.

The EU Commission is again allowing the feeding of animal proteins to poultry and pigs. However, the practical impact is likely to be small, as there are not enough quantities for growing consumption.

Animal proteins, or PAP (Processed Animal Protein), derived from slaughterhouse waste from pigs and poultry have been allowed to be used as fish feed and for pet food for several years. Now they are once again eligible for use in feed for pigs and poultry, reports agrarzeitung.de. Feeding them to ruminants, which once triggered the BSE scandal, is still excluded.

In the future, strict rules will apply. For example, PAP from pork may only be fed to poultry and poultry PAP may only be fed to pigs. To avoid contamination and cannibalism, the production routes of the two products must be strictly separated. According to the European feed association Fefac, only about 10 percent of feed mills can guarantee these requirements. In addition, the amount of available feedstock is limited due to the shrinking pig population and is only growing slowly in the poultry sector.

"Above all, it must be organizationally feasible"

Compound feed producers must meet strict requirements. According to Peter Radewahn, managing director of the German Feed Industry Association (DVT) and longtime editor of FeedMagazine/Kraftfutter, the organization of use comes before economics. Moreover, he says, the available quantities of category 3 are naturally limited, and demand is difficult to estimate.

Will German compound feed producers use "animal meal" or PAP again?
Radewahn: No! The old-style animal meal no longer exists. The EU Commission has partially lifted the ban on feeding "processed animal proteins". However, only the carefully produced materials of category 3 of animal by-products are allowed again in feeding, with restrictions. These products are expected to be reused by compound feed producers and within the narrow limits.

Is this economically feasible and reasonable?
The question of economic feasibility is clearly behind organizational feasibility. Care must be taken to ensure that Category 3 animal by-products from pigs can only be used in poultry feeds and vice versa. If a plant produces feed for more than one category of animal, this completely precludes the use of the animal proteins from any of those species. If ruminant feeds are also produced, not even insect proteins can be used.
The economic conditions can only be assessed on a farm-by-farm basis, as they also depend on plant separation requirements and market conditions for other (vegetable) proteins. Here, companies will have to make their own decisions.

After all, animal nutrition has had to do without animal proteins for a long time ....
... yes, a renunciation of the various forms of animal by-products was prescribed by law for more than 20 years. There were at least restrictions on fish meal and insect meal. The compound feed manufacturers have adapted to these conditions just as successfully as the animal farmers. The components that are once again permitted basically broaden the range of raw materials, which can bring economic advantages in certain cases. However, a "natural need" for these protein carriers cannot be derived from this.

If compound feed producers want to reintroduce PAP. How high do you estimate the demand?
There is no absolute demand. The past years have shown that. The farm-specific demand cannot be estimated with certainty at present. This also means that the overall economic demand in the industry cannot be estimated. Finally, the conditions imposed by the authorities in connection with possible use are not yet known. These requirements in terms of organizational, construction and verification measures will have an important influence on demand.

Is there basically enough available?
The available quantities of Category 3 animal by-products are naturally limited. A market equilibrium will first have to settle in the free play of forces. The next few months and years will show whether demand can be met in full. After all, the feeding of these components must also be accepted by the buyers in the chain up to the consumers.

The questions were asked by Dr. Angela Werner

Thus, there are natural limits to PAP production in the EU. "At the moment, we don't see where additional volumes should come from," says Alexander Döring, Fefac secretary general. According to the association, 1.3 million tons of pig and poultry PAP are produced annually in the EU, of which 0.8 million tons go to fish feed and 0.5 million tons are exported.

At most, then, the export volume could be directed back into the EU, Döring estimates. Additional volumes, however, could come from current use as fertilizer, adds Dr. Martin Alm of the European Federation of Animal Proteins and Fats (EFPRA).

Producers want to use PAP

Agricultural associations are open to the new use of PAP. The German poultry industry (ZDG) "expressly welcomes the approval of animal proteins as feed." The German Farmers' Association says it expects "the feed industry to now quickly adapt to the new regulations and promptly enable practitioners to use PAPs in feeding." Certifier QS is in favor of feeding PAP made from Category 3 material, which would be fit for consumption but is not marketable, such as chicken heads.
Dr. Karl-Heinz Tölle, managing director of ISN-Projekt GmbH, says, "We have repeatedly called for the approval of meat-and-bone meal in pig feed in recent years. Therefore, we naturally welcome a re-approval of meat-and-bone meal. We assume that this will also find its way back into pig feeding in Germany to a significant extent." Meat-and-bone meal, he said, is a very high-quality feedstuff that meets the animals' requirements in terms of amino acid patterns, for example. "Especially against the background of issues such as tail biting and animal health, MBM is an important additional component in feeding," Tölle said.

One argument in favor of PAP is that it can replace soy imports as a regional protein source. However, due to the overall low quantity, "no false expectations" should arise here, Fefac says. Alm, on the other hand, points to the higher protein content of meat-and-bone meal, which is why a pure comparison of quantities with soy, for example, is not meaningful: "Some animal feeds have 90 to 95 percent protein content. That puts them well above plant-based protein meals." Alm is optimistic about acceptance for another reason: "Farmers haven't forgotten about the product."