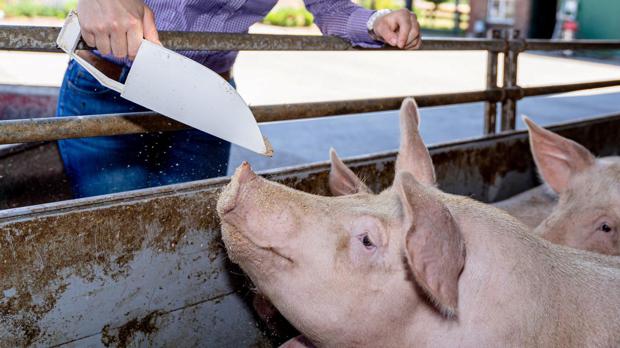 
The market outlook for 2022 is clouded by a variety of factors. For example, FEFAC members expect the EU pig and poultry sectors to curtail activity due to the high cost of feed raw materials, lower market demand and increasing avian influenza outbreaks in several countries. As a result, FEFAC member estimates are down - 4.2% for pig feed and - 3% for poultry feed. Cattle feed production is expected to decline by - 1.6%. Overall, the association expects industrial compound feed production to decline by an estimated - 2.9% or 4.3 million tons compared to 2021.

Market drivers with a negative impact on demand 2022

Due to the ongoing Russian aggression in Ukraine, market uncertainties are still very high, he said. The immediate loss of feed corn, sunflower meal and other feed materials from Ukraine and Russia could only be partially offset by increased feed imports, mainly from the U.S. and Canada. There would still be major logistical challenges in moving existing grain stocks from Ukraine, which will continue to affect market availability in the new marketing year.

Last year, producers in the EU-27 produced 150.2 million tons of compound feed. This represents a 0.03% increase over 2020, according to FEFAC members. With the exception of the pig feed sector, all other sectors managed to stabilize or even slightly increase their production in 2021, despite the ongoing COVID 19 pandemic, the rally in the global grain market, supply chain disruption and the spread of animal diseases.

Pig feed: feed production for pigs is down 1.5% in 2021 due to the critical pork situation in the EU. Producers had to contend with lower meat demand in key export markets, high feed grain costs, the impact of African swine fever (ASF) and significantly increased production in 2020. In particular, the countries most affected were Germany, France, Portugal, Spain, Austria, Slovenia and Hungary. The Netherlands and Belgium continued to reduce their pig herds in an effort to lower agricultural environmental emissions, FEFAC said.

Cattle feed: Cattle feed production increased slightly by 0.2% in 2021 compared to the previous year. This was due to a higher production increase in Ireland, Bulgaria and Austria of 6% as a result of a severe drought that affected grass growth, according to FEFAC. In Italy and the Czech Republic, on the other hand, dairy farmers opted to buy industrial compound feed instead of mixing their own feed in response to high raw material costs.