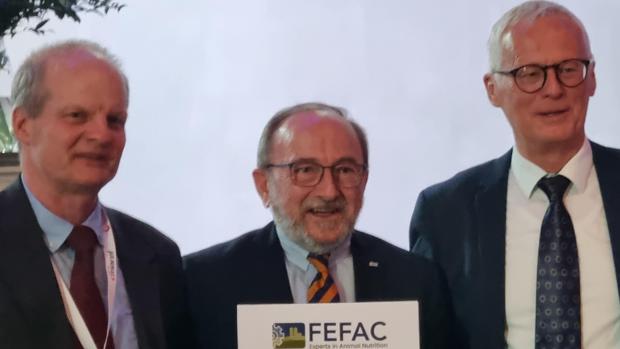 At its general meeting in Utrecht on June 1, Fefac appointed Peter Radewahn, managing director of the German Feed Association (DVT), as an honorary member.


Radewahn has been at the service of the feed industry for almost 40 years and, in addition to his duties in the national association, is also exceptionally committed to the interests of the European umbrella organization, emphasized Asbjørn Børsting, President of Fefac, at the award ceremony, which he carried out together with Fefac Secretary General Alexander Döring.