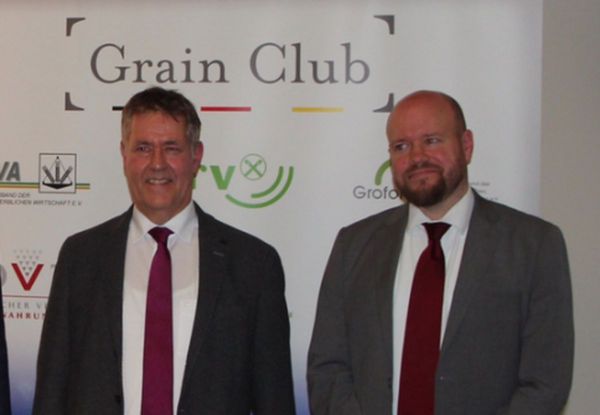 Looking at protein supplies, are sustainable productivity increases possible in future, or will we soon have to start feeding on insects?


These were the questions at the heart of the Grain Club Press Conference marking the start of the International Green Week. Discussions covered potential solutions for worldwide supplies of proteins and speakers were Professor Dr. Wilhelm Windisch, TU Munich-Weihenstephan, and Dr. Oliver Balkhausen, Chairman of the “Market and Common Agricultural Policy” Section at COCERAL in Brussels.

The FAO reckons with a growing world population, and protein consumption will also continue to increase due to rising meat consumption in China and other threshold countries as well. According to the experts, the main source of protein feed supplies will initially remain just imported soya from North and Latin America.

Windisch believes that diets around the world in future too can only be secured with foods of animal origin such as meat, milk and eggs, and not with insects. “If we were to feed insects to farm livestock as a source of protein, this additional step would cause renewed or further emissions and thus mean a double transformation and potentially polluting emissions to a greater extent than if the same feed proteins had been fed directly to traditional farm livestock.”

The Grain Club, the alliance of associations in the food and feed industry, promotes the balance of national climate protection and global food security. In order to compensate for the protein quantities supplied by imported soya, it would be necessary to extend the areas used for cultivating oilseed rape and domestic soybeans many times over.However, the principle of favoured regions, according to which crops are cultivated where the best climatic and agrotechnical conditions prevail, has proved successful.

Balkhausen added, “Any notable substitution of insect protein for soybean meal as protein source appears to be unrealistic in the foreseeable future.”