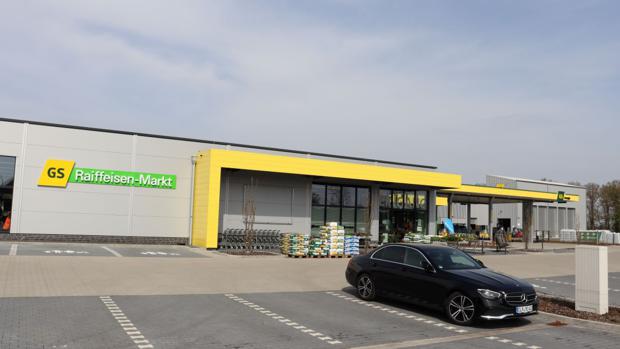 The Schneiderkrug-based cooperative looks back on a turbulent business year. Feed sales for turkeys are difficult, but there is an upswing for organic feed. A new location was also opened.


After two years under pandemic conditions, a general meeting could be held again this year in the presence of the GS in Schneiderkrug. The year was challenging for the company, it was said last Friday in Schneiderkrug. The turbulent daily business was strongly driven by the ongoing pandemic, booming raw material markets and increased energy prices. At the same time, GS was able to position itself for the future.

Across all business units and internal service centers, major steps were taken toward further development in addition to day-to-day business, the cooperative said. From digitalization processes, revision/optimization of workflows and processes, and the merger with important partners such as the Fleming and Wendeln Groups, 2021 had shown that the strategy of a cooperative with a broad product offering for members, customers and residents of the region was working and was well received. "In every business area," Cord Schiplage, managing board member, emphasized in his presentation - "great efforts are being made to support our members and customers in the here and now, while at the same time looking at the issues beyond the horizon." The positive effect of this strategy, he said, can be seen in the development of total sales, which will be around €400 million in 2021. A year earlier, it was around €352 million.

In GS agri, the volumes of conventional compound feed sold tended to decline last year. A total of around 540,000 tons were sold, some 40,000 tons less than a year earlier. The cooperative attributes this mainly to the difficult turkey feed business. In the other animal species, pork and beef, it was possible to maintain mixed feed volumes and thus gain market share.

In contrast, the GS bio division was able to achieve an increase in sales of over 10 percent to around 48,000 t with its organic feed. Together with the organic oak mill, the entire GS group produced 85,000 t of organic compound feed last year.

Big plus with building materials

The building materials business of GS - GS bau - benefited in 2021 from continued high construction volumes and building renovation needs. Here, sales were increased by 50 percent to almost €39 million. According to the company, particular influencing factors were the three locations added in Rhede, Sögel and Esterwegen and the expansion of competencies with a sample exhibition in Schneiderkrug on the subject of interior fittings.

The GS Raiffeisen stores also recorded an increase in sales to around €7.3 million. Despite steadily rising energy prices, the GS energie business unit was able to make an important contribution to the regional supply of energy and fuels. Sales volumes stabilized at around 110 million liters of petroleum products sold. "GS energie is and remains a stable business segment within GS and we are also facing up to the issues of the future here, particularly in the area of alternative forms of propulsion," says Friedhelm Sander, executive member of the Board of Management and responsible for GS bau, GS energie and GS Raiffeisenmarkt. He has been a member of the Management Board since November 1, 2021.

Furthermore, a new location was opened in Friesoythe last year. Here you will find a service station with store and car wash, one of the largest GS Raiffeisen stores, and an agricultural branch of GS agri.