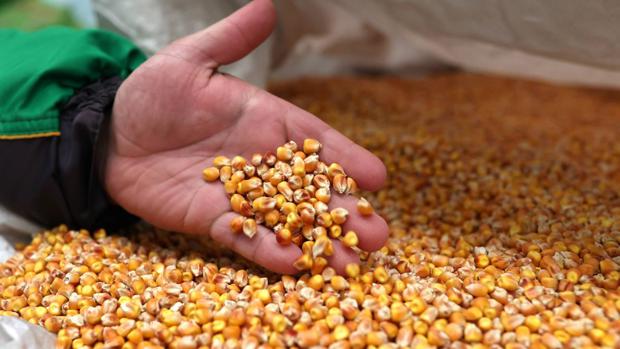 The world cereal harvest in 2022/23 is likely to be smaller. The International Grains Council (IGC) has now revised its forecast downward by 24 million tons to 2.251 billion tons of grain. Due to high prices, consumption is declining and demand for feed grains is likely to be lower.


Although the IGC estimates that the world wheat harvest will be 40 million tons lower than last year, this would still be the second-largest harvest ever, the IGC puts into perspective. Specifically, the IGC sees global corn production at 1.184 million tons; the April forecast was 13 million tons higher. Corn production in 2021/22 is estimated at 1.214 million t. The London-based experts also lowered their forecast for the upcoming wheat crop, by 11 million tons to 769 million tons. Accordingly, the previous year's volume would be missed by 12 million t.

Consumption down for the first time

The Grains Council currently estimates global grain consumption in 2022/23 at 2.279 billion tons; in April, 23 million tons more had been expected. The estimate for the previous year is 2.286 billion tons. This would be the first year-on-year decline in global consumption of cereals since 2015/16. According to the IGC, the main reason for this is the significant increase in grain prices, which is likely to limit demand for feed grains. Specifically, experts predict a decline of 7 million tons in global corn demand in 2022/23 to a total of 1.20 billion tons. By contrast, wheat consumption is still expected to increase slightly by 2 million tons to 780 million tons.

Reduction in stocks mainly in India

Looking at grain stocks at the end of the 2022/23 marketing season, the IGC now expects a decline of 27 million t to 580 million t compared to the projected opening stocks. In the case of wheat, India and the most important exporters, with the exception of Russia and Ukraine, are expected to reduce their stocks, resulting in a net decrease of 4% to a total of 271 million tons. This would fall slightly short of the global multi-year average.

The London experts now see world trade in cereals for 2022/23 at 404 million tons; this would be 12 million tons less than in the current marketing year, mainly due to expected smaller trade volumes for corn and barley. In contrast, international handling of wheat is expected to increase by 400,000 t to 194 million t. AgE