Speed up approval for products 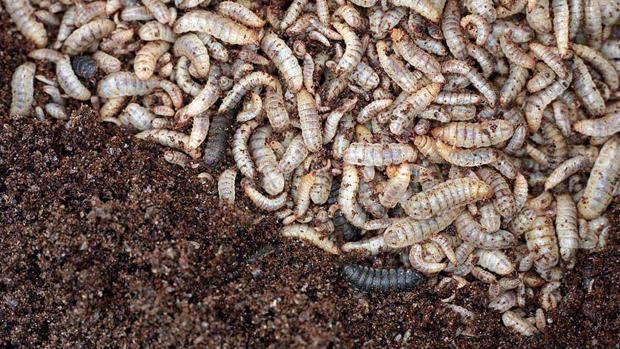 WEDA
One insect species that is already successfully fed in plants is the black soldier fly. The larva of the fly, which can be up to 17 millimeters long, utilizes almost all organic residues. Depending on the feed composition, larvae with a protein content of up to 55 percent emerge from this.

The International Platform Insects for Food and Feed IPIFF is calling for faster progress in Brussels: facilitated approval of products and an investigation into the use of food waste in production. This is the only way the sector can contribute to the EU's climate neutrality goals, it says.

The European insect sector reiterated its commitment to the ‘EU Green Deal’ objectives in the context of the informal meeting of the European Union environment ministers. As highlighted by IPIFF’s President Adriana Casillas, ‘the regulatory developments from 2021 were key to strengthen the position of the European insect industry as a major player in terms of innovation and environmental performance’. These reforms were also an opportunity to ‘further prioritize targets that can maximize the contribution of our sector to EU’s climate neutrality objectives - in line with the IPIFF policy roadmap’, complemented the IPIFF 1st vice-President, Dr Aman Paul.

Antoine Hubert underscored the strategic importance of new industries such as insect farming in view of ‘achieving the transition to a climate-neutral European economy’. According to the 2nd IPIFF vice-President, the EU Farm to Fork strategy and the Circular Economy Action Plan offer the right direction to reduce the growing EU food burden - and here the insect sector is eager to play its part. ‘We are engaged in discussions with the European Commission services and Member States’ authorities in order to facilitate the approval of products intended for human consumption - such as former foodstuffs with meat and fish - while also exploring the possible use of catering waste as substrate for insects. Building on the latest scientific evidence - and upon previous safety evaluation by the European Food Safety Authority (EFSA), we are confident that such a regulatory reform can accelerate our transition towards circular business models in agriculture - while also fighting food waste’, concluded Hubert.

According to the Farm to Fork Strategy, food waste generated at the EU level represents ‘about 6% of total EU emissions’. ‘That is the equivalent of twice the emissions generated annually by a country the size of Belgium’ - mentioned Chloé Phan Van Phi, IPIFF’s Executive Committee representative in charge of circular economy. ‘This means that we should accelerate our efforts to reduce these emissions at all levels, including by safely upcycling certain side streams through insect farming’, concluded Phan Van Phi.

In the context of the initiatives taken by the EU national authorities, IPIFF Members also consider that the recognition of insect production activities under national support programms (e.g. rural development programms, COVID-19 recovery plans) could offer new avenues for growth.