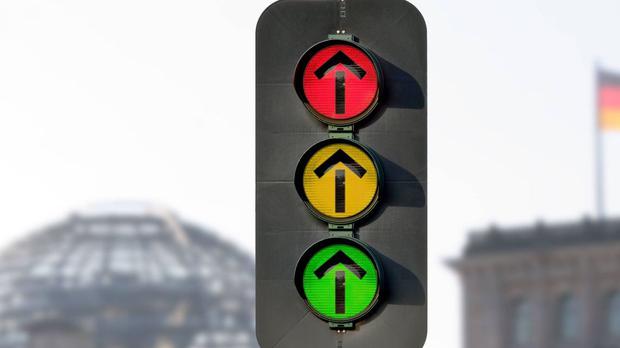 IMAGO/agrarmotive
The traffic light parties want to align the investment subsidies with the husbandry criteria and adapt the German building and licensing laws.

In the coalition agreement, the SPD, the Greens and the FDP commit themselves to a restructuring of animal husbandry in Germany and to supporting it. However, the parties forming the new federal government remain vague on the details and funding.


The coalition agreement presented today states that the aim is "to develop a financial system supported by market participants, the revenue from which is earmarked to offset the running costs of farms and to promote investment without imposing a bureaucratic burden on trade". The agreement does not contain any references to the concept of the Borchert Commission or the recommendations of the Commission on the Future of Agriculture (ZKL).

From 2022 onwards, the parties to the traffic light coalition want to introduce a binding animal husbandry labelling system. In addition, there is to be comprehensive origin labelling. The coalition parties want to align investment subsidies according to the husbandry criteria and "as a rule" only grant them to the upper tiers. The building and licensing laws are to be adapted. The development of livestock is to be "oriented towards the area" and brought into line with the goals of climate, water and emission protection.

The traffic light coalition wants to limit the use of chemical pesticides to the necessary extent. Concrete reduction targets are not set. At the same time, the SPD, Greens and FDP are committed to the goal of removing glyphosate from the market by the end of 2023. Organic farming is to be expanded to a share of 30% by 2030.

The parties of the traffic light party have avoided a clear statement on new breeding techniques. They want to "support the breeding of climate-resistant plant varieties", according to the wording. To this end, they will "improve the framework conditions for population varieties, promote model projects such as crowd-breeding and digitalisation, create transparency about breeding methods and strengthen risk and detection research". Research into and the promotion of climate robust plant cultivation are also to be promoted. To this end, a federal programme entitled "Sustainable Crop Production" is to be launched. The red-green-yellow coalition wants to further develop the joint task "Improvement of the agricultural structure and coastal protection" (GAK). New tasks such as nature conservation and climate adaptation are to be secured through additional funding. Cooperation between nature conservation and agriculture is to be given a legal basis with regard to agricultural subsidies. AgE