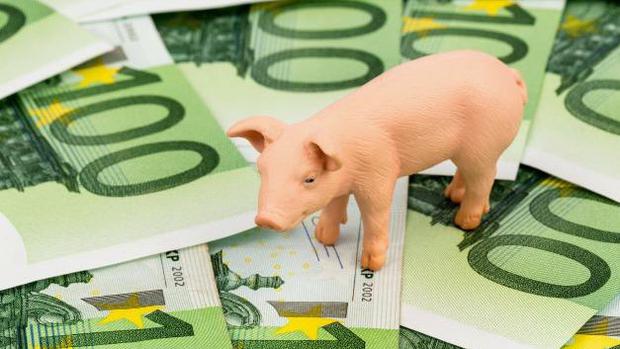 imago/blickwinkel
The net profitability of German pig farmers in North Rhine-Westphalia, for example, has collapsed by 80 percent compared to the previous year.

Due to Corona and ASF, the operating results of German pig producers have deteriorated dramatically in the 2020/21 marketing year. British producers, on the other hand, have benefited from China's booming demand.


Profits on Germany's main agricultural enterprises fell sharply year-on-year on average across all farms and regions in the 2020/21 marketing year, with finishing farms in particular suffering dramatic losses in income and equity. This was reported by the Association of Chambers of Agriculture (VLK) in Berlin with reference to an initial evaluation of accounting data.

to the association, the Corona pandemic had a drastic effect on the processing sector. While a tight supply of beef and milk had at least ensured stable to slightly increasing prices, the prices for pigs had completely collapsed. According to the VLK, the pig price fell to its lowest level in 15 years at the turn of 2020/21. A significant drop in demand had also led to dramatic falls in piglet prices.

As a result, the net profitability of pig farmers in North Rhine-Westphalia, for example, plummeted by a catastrophic 80 percent compared to the previous year. According to the calculations of the VLK, not even 30 percent of the factors labour, land and capital used could be remunerated in the reporting period.

The bottom line is that, according to the association, all main agricultural enterprises suffered significant equity losses in the past financial year and were confronted with major liquidity problems. Under profitability criteria, no satisfactory result had been achieved in any main form of specialisation in conventional agriculture. On average, across all farm types and across all regions, profits had fallen.

According to the VLK, arable farmers also lost ground. They again recorded slightly below-average yields for grain and, in addition, were often unable to profit from rising prices, as a lot of goods had already been tied up at lower prices. The picture was similar for sugar beet and potatoes. Only in rapeseed had producers often been able to benefit from higher yields and rising prices.

The association assumes that the income situation in the current marketing year 2021/22 will also present agricultural businesses and farming families with further major challenges. According to the analysis of the Chambers of Agriculture, the as yet unforeseeable course of the Corona pandemic and the simultaneous occurrence of African swine fever (ASF) and avian influenza are likely to ensure poor general conditions across the board with a lack of prospects.

UK farmers appear to have fared better through the "Corona year" of 2020 than was initially thought. Money has been made, particularly from cereals and pigs. According to the latest estimate from the UK Department of Agriculture (Defra), farmers' income averaged £51,900 (€60,941) across all production orientations in the 2020/21 financial year, which ended at the end of February. Compared with £46,000 (€54,013) the year before, this represents a 12.8 per cent increase.