The brother rooster and the profitability issue 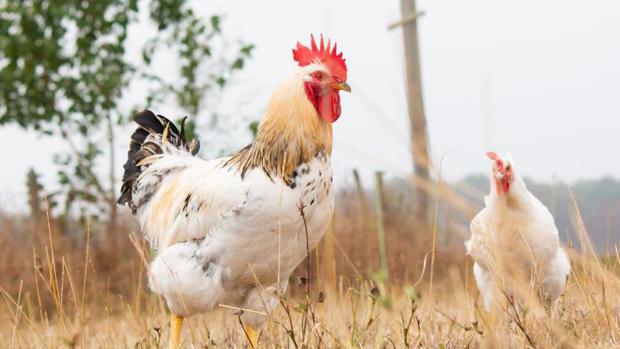 Does organic poultry farming have to reorient itself for economic reasons? The growers' associations answer.

What a dilemma: In view of the Russian war of aggression in Ukraine, organic feed has become more expensive and in some cases is in short supply. Raising brother roosters of laying hybrids bred for high performance is mandatory in most organic growers' associations. In the process, the animals consume comparatively too much feed and produce too little meat; the ecological footprint is correspondingly large. The organic poultry farming associations Bioland, Naturland, Demeter and Biokreis explain whether organic poultry farming needs to reorient itself.

Is the brother rooster rearing requirement imposed by all growers' associations except Biopark still ecologically and economically justifiable in the current situation?

"The rearing of brother roosters could never be justified in an economically sustainable way at any time. The whole thing is of course exacerbated by the shortage of feed. Nevertheless, it is an ethical duty not to kill animals without good reason," shares Biokreis managing director Josef Brunnbauer.

Bioland, Naturland, Demeter and Biokreis agree to continue raising brother roosters of laying hybrids. Because their genetics are unsuitable for fattening, Bioland and Demeter have been working on dual-purpose breeds since 2015 as part of the non-profit organic animal breeding program, and three are already available for commercial farming. Naturland has launched the RegioHuhn project for this purpose; here, old breeds are crossed with modern breeds.
„Fundamental decision to start a long-term change process. “
Markus Fadl, Naturland,
"The obligatory rearing of brother roosters as a bridge on the way to dual-purpose chickens was a fundamental decision to start a long-term process of change. It makes little sense to question this now just because short-term problems arise," shares Naturland press spokesman Markus Fadl.

Overall, it is more ecological to consume less meat and animal products and to pay more attention to good quality and animal welfare. Hen and rooster and thus also eggs and meat are to be thought consistently together, as Demeter notes in principle.

Are there nevertheless plans for exceptions to the broiler rearing requirement? Would temporarily allowing sexing in the egg be a way to sort out male embryos together with the egg before hatching?

None of the associations plan to make exceptions in the foreseeable future, he said, adding that rearing is the ethically correct way to go. "It's not helpful to think differently now - also because farms have invested and are in production. To shut down these value chains now would jeopardize a structure that has taken a lot of energy to develop to where it is today," explains Brunnbauer of Biokreis.

Demeter consistently rejects a role backwards, saying it was the first growers' association to exclude sex determination in the egg. "The method only moves chick killing forward in time and cements the misguided system of laying chickens bred for high performance."

At least half of the feed must be produced by the member farms of the growers' associations on their own farms. Should the proportion be increased qua directive in order to become even more independent?

Self-sufficiency on Bioland farms is much higher in real terms than required by the guidelines, he said. In the case of feed grain, according to the company's own data, self-sufficiency has been close to 100 percent in recent years, and over 60 percent for legumes. There is no need to raise the standards in this respect. Naturland, Demeter and Biokreis also see no reason to prescribe a higher degree of self-sufficiency. Increasing the proportion further would also run up against technical limits arising from agriculture: Crop rotation, climate, soil. This applies above all to the cultivation of protein crops, as Biokreis points out. It is also worthwhile to think about new intelligent food cycles, says Demeter. The bread alone, which is not sold in stores every day, would make excellent chicken feed.