Soybean shortfalls can be compensated 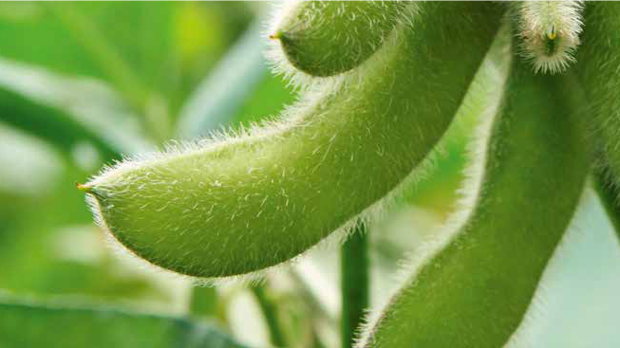 Foto: I.G. Pflanzenzucht
Soybean cultivation in the EU could increase significantly in 2022.

"GMO-free feed is available despite the Ukraine war," Matthias Krön of Donau-Soja states. The Viennese organization argues with statistics.


According to Donau-Soja, GMO-free soybean meal is currently available in sufficient quantities and in all necessary qualities, but prices are high. For this reason, Donau Soja president Matthias Krön describes warnings of shortages, such as those recently voiced by the German Raiffeisen Association (DRV), as "loud crisis rhetoric". Donau Soja, meanwhile, reports "broad availability even up to the new harvest in the fall of 2022." However, additional costs along the supply chain would have to be "fairly compensated."

For the supply of soybeans and soybean meal from GMO-free production, Danube Soy makes the following calculation: Ukraine supplied only 130,000 t of soybean meal and 430,000 t of soybeans to the EU in 2021, according to Eurostat data through November 2021 - given a total EU-27 import volume of about 35 million t of beans and meal. Russia contributed 340,000 t of soybean meal to the EU import balance. A large part of these volumes went to Poland. Germany purchased just under 100,000 t of soybean meal from both countries, according to Donau Soja estimates. The total German demand for GMO-free soybean meal is about 1.1 million tons. Donau Soja President Matthias Krön considers this shortfall of 9 percent to be "manageable".
The Kiev office of Donau Soja, where one of its employees is still working, says that current local estimates assume a Ukrainian harvest volume in 2022 of about 70 percent of the previous year's volume. This is also supported by the fact that soy in Ukraine is grown in the central and western regions, and less than 10 percent of Donau Soja's partner areas are in the current war zone. "Ukraine continues to deliver by land, with reports of fulfilled delivery contracts reaching us daily," Krön reports.

Record expected in the EU

In the EU itself, the Danube Soy President expects record acreage in 2022. Should cultivation increase broadly by 10 to 15 percent, the additional volume could compensate for shortfalls in Ukraine and Russia, Krön estimates. He pleads for "reason, a sense of proportion and a fact-based discussion" in the current crisis. However, the war against Ukraine also shows that a higher self-sufficiency in protein feed is in the interest of Germany and the entire EU. db