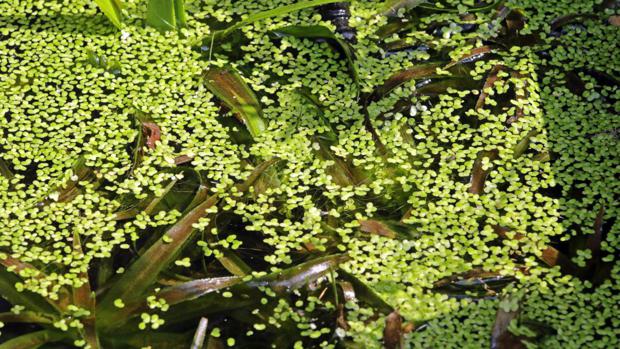 imago/Gottfried Czepluch
Scientists now want to know more precisely whether duckweed can serve as animal feed and whether the meat quality is also right.

The potential of duckweed for agriculture is being investigated in a new research project. The scientists want to know whether it is suitable as feed in poultry and fish farming, for example.

This project has now been launched by the University of Göttingen together with business partners under the coordination of the Association for Transformation Research in Lower Saxony (trafo:agrar). According to the researchers, the focus is on the question of whether the small lenticular plants, which multiply rapidly even in dirty waters and often form clearly visible plant carpets on calm water surfaces, are suitable as feed for animals. After all, this could "rethink" the circular economy in agriculture. According to the scientists, duckweed is able to extract nutrients from wastewater within a short time and convert them into harvestable biomass.

This can then be used again as fodder directly on site. This results in the "recycling" of nutrients. In the project, the plant will be grown in a moderately nutrient-rich industrial water from goose farming and then used again directly as feed for the geese, according to the researchers. The plan is to analyze the meat quality of the geese fed the duckweed. In addition, the shelf life of duckweed and its suitability as a feed in fish farming and as a component of mixed feed rations will be investigated. The project "Reduction of nutrient input into water bodies as well as production of feed by duckweed" (ReWali) will be funded by the European Innovation Partnerships for Agricultural Productivity and Sustainability with about 500,000 euros over the next three years. AgE