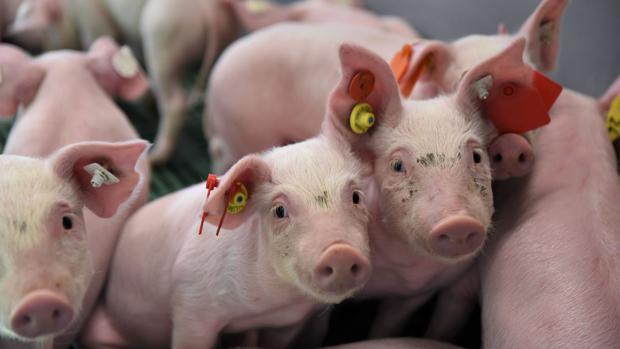 Fattening pigs raised without antibiotics have a higher demand for amino acids. This is indicated by recent research from Novus International, Inc. The ratio of amino acids therefore needs to be adjusted in feed formulations.

The research, published in Volume 11, Issue 11 of the peer-reviewed journal Animals, looks at how additive amounts in antibiotic-free (ABF) diets differ from some recommendations listed in the National Research Council’s (NRC) nutrient requirement standards.
Ping Ren, Novus research scientist who led the study, said the study was both timely and necessary due to the shifting trend toward ABF diets for piglets around the world.

Starting in 2006, the European Union banned antibiotic use in pig diets. In 2017, producers in the United States were banned from using medically important human antibiotics as growth promoters for monogastric and ruminant animals. There is limited data on how these reductions of antibiotic use impact the performance of feed additives.

The study included two parts. First, it looked at the effect of increasing the standardized ileal digestible (SID) total sulfur amino acid to lysine (TSAA:Lys) on the growth performance of nursery pigs fed with or without antibiotics. Secondly, researchers set out to determine the optimal SID TSAA:Lys for nursery pigs fed without antibiotics. For the two studies, Novus partnered with swine genetic company Genus PIC North America.

In the first study, researchers found that the nursery pigs fed diets without antibiotics had a greater SID TSAA:Lys requirement (> 66%). Using Novus’s MHA feed supplement, a dry, granular source of methionine, in the second study researchers found the optimal SID TSAA:Lys for average daily gain and gain to feed in nursery pigs during the first 21 days post-weaning were 62% and 72%, respectively, indicating that SID TSAA:Lys under an antibiotic-free feeding regime in the early nursery period was 13% to 31% greater than the NRC (2012) recommendation.

Moreover, a SID TSAA:Lys of approximately 58% was required to maximize average daily gain and gain to feed for the late nursery phase, indicating that SID TSAA:Lys in ABF diets in the late nursery period was 5% higher than the NRC (2012) recommendation.
“While these findings aren’t exactly surprising, the information is helpful for swine producers. Now that they’re aware, those with ABF diets can make adjustments in precision feeding to maximize their profitability,” Ren said.