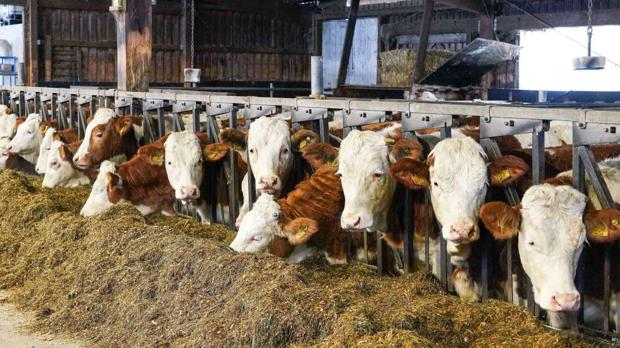 imago/hofer
The Borchert Commission reiterates its proposals for a government funding model for animal agriculture restructuring.

The committee has revised its proposals for restructuring animal husbandry and handed them over to Federal Minister of Agriculture Cem Özdemir. The Borchert Commission is sticking to a stately financing model. The experts take a critical view of the plans for husbandry labels.


The Borchert Commission has handed over its updated recommendations to Federal Agriculture Minister Cem Özdemir. In addition to Commission Chairman Jochen Borchert, Thünen President Prof. Folkhard Isermeyer, Berlin-based agricultural economist Prof. Harald Grethe and the Chairman of the Federation for the Environment and Nature Conservation Germany (BUND), Olaf Bandt, were also present at yesterday's handover at the Ministry of Agriculture. The recommendations are not supported by the representative of organic agriculture in the competence network, Naturland President, Hubert Heigl.

The Borchert Commission reiterates its proposals for a state financing model for the restructuring of animal husbandry and again refers to the two options of raising the VAT rate for animal products to the standard rate of 19% and introducing an animal welfare levy in the form of a volume-based consumption tax.

The Borchert Commission is critical of the Federal Ministry of Agriculture's plans for a farm label. It advocates the introduction of a "barn plus" husbandry level with criteria above the current standard of the Initiative Tierwohl (ITW) and considers it necessary to finance animal welfare measures at this level.

The Borchert Commission does not agree with reserving the highest housing level for organic farms alone. Although it is recommended that the premium level be aligned with the husbandry criteria of organic farming, it should also be open to conventional farms. According to the competence network, the envisaged numbering of the husbandry levels should not conflict with the husbandry type labeling of the food retail trade. In addition, the commission members explicitly recommend close coordination with the ITW. AgE