Özdemir: With me there is planning security 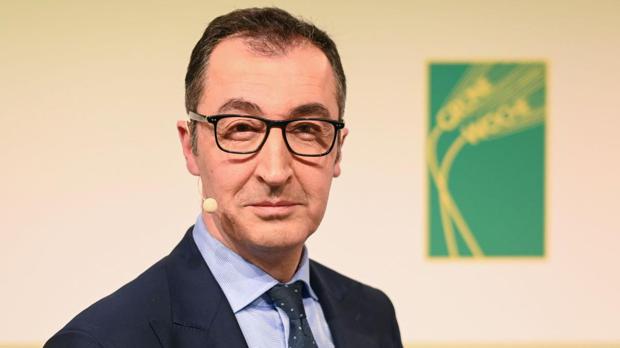 This was signaled by the Federal Minister of Agriculture, Cem Özdemir, who reiterated his goal of developing a financing concept for the restructuring of animal husbandry. He is receiving backing from the agricultural secretaries of the federal states. They are calling for the Borchert Plan to be implemented without delay.


"With me, there is planning and investment security," said Federal Agriculture Minister Cem Özdemir at the IGW talk. Özdemir thus took up a central concern of agriculture for the upcoming transformation. The minister pointed out that cutting red tape and speeding up planning were tasks that the new federal government would address in its first cabinet meeting this weekend.

The restructuring of livestock farming requires considerable investment that cannot be borne by farmers alone, Özdemir said. He reiterated his goal of developing a financing concept for the conversion of animal husbandry and again referred to the available models of the Borchert Commission. Which one was most suitable and whether a mix of different approaches might be possible, he said, would be clarified within the coalition. In this context, the minister brought up for the first time the Energy and Climate Fund (EKF), which the new federal government wants to develop into a "transformation fund."

"What the financial concept looks like is secondary. What is crucial is that the financing is put in place," stressed Joachim Rukwied, President of the German Farmers' Association (DBV). He added that it was also essential to simplify building laws. Permits must be issued more quickly, and conversions and new buildings must be made easier. For example, it must be possible to build extensions if more space is required per animal, said the farmer president.

State Secretaries call for implementation of the Borchert Plan

The federal states are giving their backing to a restructuring of animal husbandry in Germany. According to a resolution of this week's conference of heads of state, the federal government is to begin restructuring immediately on the basis of the results of the Borchert Commission in order to give livestock farms future prospects and the necessary planning security. The agricultural state secretaries refer to the importance of the content and financial design. They are calling on the federal government to submit a report by the next Conference of Agriculture Ministers (AMK) in Magdeburg at the end of March, which, in addition to the planned support and financing measures, should also contain a concrete timetable for the implementation steps.

At the same time, the federal government is to support the further work of the Borchert Commission and make proposals for the planned animal husbandry labeling. This would have to be compatible with the stages of food retailing for the animal species beef, pork and poultry. State Secretary in the Lower Saxony Ministry of Agriculture, Prof Ludwig Theuvsen, expressly praised the federal government's announcement that it would make the necessary decisions promptly on the basis of the Borchert Commission's concept. "We will measure him by this promise in the coming months," the state secretary said.

There is also discussion of raising VAT to finance the restructuring of livestock farming. At the Fresh Meat Forum, Herbert Dohrmann, president of the German Butchers' Association (DFV), warned against raising VAT to reward higher animal welfare standards. In his opinion, this would lead to meat products of high and standard quality being treated equally at the refrigerated counter, which would counteract the animal welfare goals. Dohrmann argued instead for changing the legal animal welfare regulations and redirecting existing subsidies.

Dr. Heike Harstick, Managing Director of the German Meat Industry Association (VDF), took a different view. She wants to place greater responsibility on the "end of the value chain," i.e. the consumer, and sees an increase in value-added tax as the right instrument for this. This would be possible without additional programs and new bureaucracy, she says, and would comparatively simply raise the funds needed to restructure animal husbandry systems. AgE