Tönnies dropped out "just in time 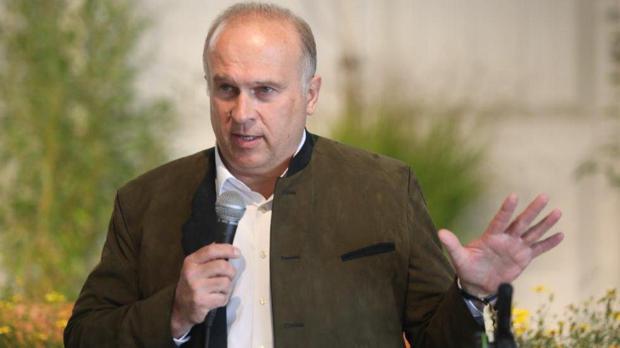 Foto: da
The withdrawal from Russia was made because Tönnies wants to concentrate on other growth areas and sees the proceeds from the sale as investment funds, Tönnies manager Thomas Dosch clarifies.

The sanctions imposed by the EU against Russia do not directly affect the Tönnies slaughter group. The Rheda-Wiedenbrück-based company has sold its business there by the end of 2021.


"However, the withdrawal did not take place because we had bad experiences in Russia," clarified the head of the Tönnies Group's capital city office, Thomas Dosch, in a conversation with representatives of the Berlin-Brandenburg regional group of the Association of German Agricultural Journalists (VDAJ). Rather, the management around Clemens Tönnies had wanted to concentrate on other growth areas and was using the sales proceeds from Russia as a means of investment. Dosch admitted that until a few days ago he himself had not thought it possible that the border conflict with Ukraine could escalate so dramatically. In view of the expected spiral of sanctions, Tönnies had withdrawn from the Russian market "just in time".

The Tönnies manager gave journalists an insight into the expansion strategy of the German industry leader at the technical meeting. As a rule, Tönnies follows the retail sector in foreign markets, he said. "When one of our discounters becomes newly involved in a market outside Germany, it has a quality requirement for certain products there," Dosch reported. And Tönnies is in a position to supply these qualities in sufficient quantities. The large-scale slaughterer usually uses raw materials from the respective market, for example slaughter pigs from Spain, to produce sausages and meat products. "If you like, we are part of the circus when Aldi, Lidl and Co. open up new foreign markets. Then we move with them and slaughter and produce locally," says the Tönnies manager.

As is well known, Germany's largest meat group sold its Russian subsidiary APK Don at the turn of the year to the Thai food group Charoen Pokphand Foods (CP Foods), which was able to noticeably improve its own competitive position on the Russian market through the acquisition. Previously, Tönnies had spent more than ten years in Russia working on a vertically integrated pork production holding company, which most recently comprised several tens of thousands of hectares of cereal and beet cultivation, its own feed mill and around a dozen sites for rearing and fattening pigs, strategically located in the processing strongholds of Belgorod and Voronezh in southwest Moscow. APK Don also had plans for its own slaughter and meat processing plant; however, these were never realized. AgE