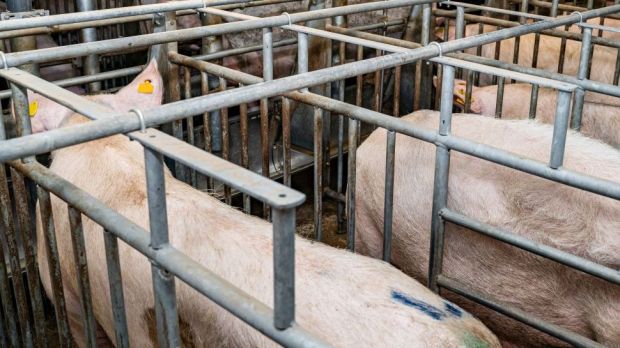 imago/countrypixel
The herd of young animals in particular has been increased.

Spanish pig farmers have continued to increase their herds this spring. Low prices could now slow the increase.

According to data from the Ministry of Agriculture in Madrid, the total herd reached a new record level of 32.41 million head in May, up 1.04 million pigs, or 3.3 percent, from the previous year's survey. The sow herd grew even more strongly - in relative terms - by 108,000 head or 4.2 percent to 2.66 million animals. There was an above-average increase in the number of young animals. The number of first-time mother sows grew by 8.8 percent to 297,000, while the number of gilts not yet in foal increased by 11.6 percent to 367,480.

The increase in the Spanish herd occurred at a time when the problems with the lack of pork exports to China and the resulting price collapse were not yet so apparent. However, the Europe-wide price crisis has long since arrived on the Iberian peninsula. The key quotation for slaughter pigs on the Mercolleida has fallen by a total of 40.6 cents/kg live weight or 26.1 percent in the past 15 weeks, which is even more than in Germany; the most recent quotation for piglets weighing 20 kg was 18 euros. However, Spanish analysts consider it unlikely that younger sows in particular will be quickly withdrawn from the production process again. They continue to expect production to rise, although the pace of growth is likely to slow.

In Germany, the Federal Statistical Office (Destatis) in August revised the preliminary livestock census results from May 2021 upward by 70,000 pigs to the final result of 24.70 million head. However, this does not change the fact that pig and, in particular, sow stocks in this country have already been shrinking for several years. Within a year, German pig farmers have reduced their numbers by almost 780,000 pigs, or 3.1 percent, and by 2.5 million animals, or a good 9 percent, over the past four years. At the same time, the Spanish have increased their pig herd by 3.75 million animals or 13 percent during this period. They have thus clearly taken over the leading position in Europe, becoming the world's third-largest pork producer. AgE