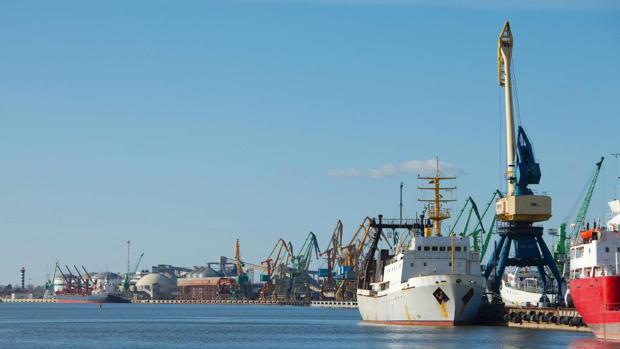 imago/YAYimages
Almost 50,000 tons of grain per month could be exported through the port of Klaipeda. However, this is only a fraction of Ukraine's total export volume of 6 million tons.

Ukraine can claim at least a small success in establishing alternative transport routes for the Black Sea ports blocked by Russia. Lithuania starts shipping Ukrainian grain from the port of Klaipeda.


According to the Financial Post, the first freight trains carrying Ukrainian grain have arrived in Klaipeda, Lithuania, and will soon be ready for shipment from there. The spokesman of the Lithuanian railroad company, Mantas Dubauskas, assumes that in the future at least one freight train with around 1,500 t of grain or other agricultural products can be dispatched every day. At just under 50,000 tons per month, this would correspond to only a fraction of the up to 6 million tons that were exported via the Ukrainian seaports before the war. Together with other substitute routes, for example via the Danube and overland, this could at least achieve a significant portion of the former exports.

One of the main problems with transports by rail is the different track gauges in the individual Eastern European countries. Trains arriving in Klaipeda, for example, come via Poland and must first be reloaded or retooled at the Polish-Ukrainian border. According to media reports, however, the U.S. is considering offering Belarus the prospect of relief from sanctions imposed on its Russian ally in exchange for a transit corridor between Ukraine and the Baltic states. Since the same gauges apply here, this would theoretically allow significantly larger volumes to be delivered to Klaipeda and other Baltic ports. AgE