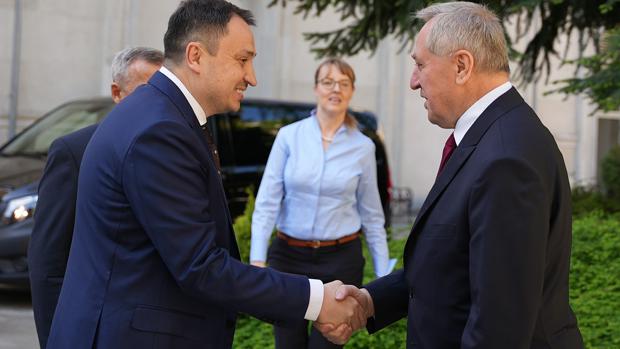 Warsaw and Kiev are concretizing their cooperation in the development of alternative export routes for Ukrainian agricultural raw materials. The transshipment of goods is to be facilitated. 2.0 million tons of grain are realistic.


Poland's Minister of Agriculture Henryk Kowalczyk and his Ukrainian counterpart Mykola Solsky signed an agreement in the Polish capital that provides for significant facilitations in the handling of goods at the common border.

Among other things, the requirements for accompanying documents will be simplified; in addition, grain can be cleared at all suitable Polish border control points in the future. Poland also assures that its own inspectors will work around the clock at the hubs. This will be accompanied by an increase in staff.

Kowalczyk subsequently dampened hopes, however, that Poland would be able to compensate for the shortfalls at the Black Sea ports blocked by Russia on its own. This would require up to 6.0 million tons of goods handled per month. The minister reckons that at best up to 2.0 million t can be handled via Poland. More is not realistic because of the different track gauges of the Polish and Ukrainian railroads and the limited transhipment capacities. However, even the transit of 2.0 million tons of grain would be a great success for the supply of import-dependent countries, Kowalczyk emphasized. AgE