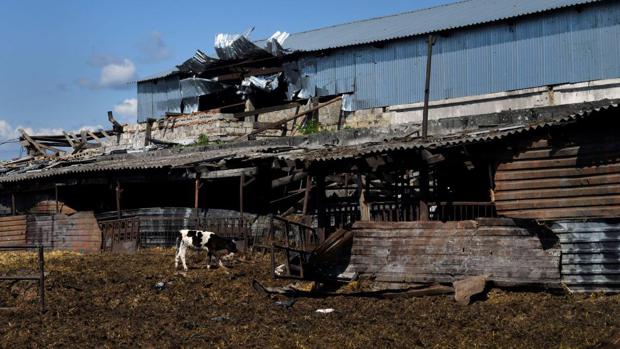 Since the beginning of the war, Ukraine has lost 50,000 dairy cows. By the end of the year, the number could double. There is also a shortage of feed and veterinarians.


In the first three months alone since the Russian war of aggression on Ukraine began, the country has already lost about 50,000 dairy cows, according to the Ukrainian Milk Producers Association (AVM). According to AVM Director General Anna Lavrenyuk, the animals died not only as a result of active acts of war, but also because of failures in feed, husbandry systems or lack of veterinary care.

Lavrenyuk fears that even in the most optimistic case, another 20,000 dairy cows will perish by the end of the year. However, depending on the course of the front and further developments in the occupied territories, losses could exceed 100,000 milking animals by year's end, the AVM director said.

She pointed out that the ten of Ukraine's 24 oblasts that were wholly or mostly in the combat and occupied zone produced 42% of the total milk volume in peacetime. In these regions, production is reported to have dropped by half. With production conditions in the west of the country also less than optimal, Lavrenyuk expects milk deliveries for industrial processing could fall to about 2.0 million tons this year in the Kiev-controlled part of the country, down from 4.75 million tons last year. AgE