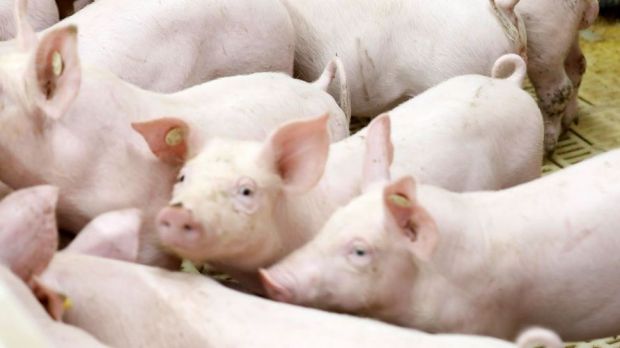 Boom times in US pork production seem to be over for the time being. In the USA, the reduction of pig stocks has continued this autumn. Concerns about an introduction of ASF are growing.


According to the US Department of Agriculture (USDA), a total of 75.35 million pigs were kept as of 1 September 2021; this was 2.94 million head or 3.9% less than twelve months earlier.For a year now, the quarterly surveys have been reporting declining animal numbers compared to the previous year; the boom times in US pork production appear to be over for the time being. Recently, declines in all weight categories were recorded. In relative terms, the largest herd reductions compared to September 2020 were in piglets up to 23 kg, down 5.6% to 21.86 million head, and in runners up to 54 kg, down 6.0% to 19.75 million head.

The fattening pig population was reduced by 1.4 % to 27.56 million head. The number of sows kept was also down, by 143 000 head or 2.3% to 6.19 million head; this was the lowest September level since 2017. The USDA expects just over 4% fewer sows to farrow from September to November than in the corresponding period last year.

About half a million animals fewer slaughtered in August

Meanwhile, the declining pig herd is also making itself increasingly felt with lower pork production. According to the USDA, about half a million animals or 4.6% fewer were slaughtered in August than in the same month last year; from January to August, the supply of slaughter pigs was down by 1.09 million animals or 1.3% to 84.94 million head.

For the year as a whole, the USDA's most recent September forecast - prior to the release of livestock census results - projected that US pork production would decline by 2.0% from 2020 levels to 12.58 million; this would be the first decline since 2014.

Following ASF outbreaks in neighboring Dominican Republic and Haiti, fears of an introduction of the virus are growing in the United States. The U.S. Department of Agriculture (USDA) held an African swine fever (ASF) action week in mid-September with numerous webinars on the disease to inform and raise awareness among swine farmers. At the event, the National Pork Board's director of swine health for the industry sales organization, Dr. Patrick Webb, warned that if ASF were to occur, the livelihoods of 62,000 hog farmers and 550,000 workers in the U.S. pork industry would be at risk.

He pointed out that nearly 30 percent of the pork produced in the U.S. was exported last year. In 1995, he said, the country became a net exporter, selling nearly 3 million tons worth $7.1 billion (6.6 billion euros) abroad in 2020. In terms of a single pig, the value of exports had been nearly $59 (50.4 euros). AgE, fleischwirtschaft.de