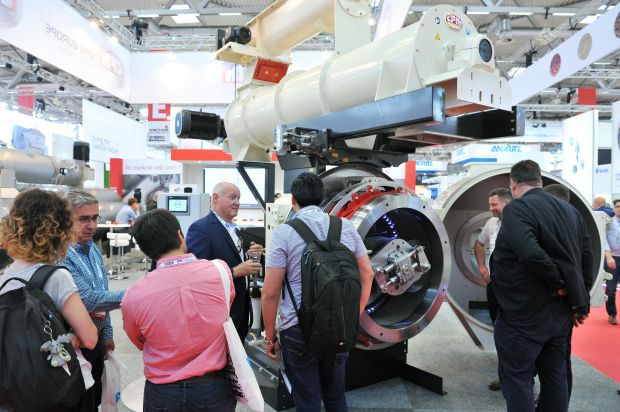 
The VICTAM & GRAPAS International 2019 and series of accompanying conferences were successfully held at the KoelnMesse in Cologne, Germany from June 12 – 14.
The visitors were pleased at the number of exhibitors and the wide range of products on display. Especially the newly launched products and the large number of machinery at the different stands were very impressive. There were 248 exhibitors and co-exhibitors from 31 countries present.
Likewise, the exhibitors were very satisfied with the visitors. Exhibitors were able to have serious discussions and negotiations with their clients and potential clients that they had met at the show. The exhibitors also commented on the very high quality of the visitors and the wide range of countries from which they came. 84,3% of the visitors were final decision makers in the purchasing process.
In all there were, over three days, almost 5.000 visits from 85 countries, the highest number of countries so far. Although the majority of the visitors were from Europe, a growing percentage of the visitors are from other parts of the world, for example 8 % from Asia, 7% from the Middle East and Africa, 5% from Latin America and 5% from the rest of the world.
The conference delegates also confirmed the quality of the papers presented at the numerous conferences. The conferences had extensive programs, which were well received.
The newly introduced International Feed Technology Conference (IFTC), a cooperation between the University of Wageningen and the Victam Foundation, was a great success. The conference was fully booked and the 120 delegates from 18 countries listened to the presentations.
To put all the innovations presented at the event in the limelight there were three innovation awards presented at the event: the Animal Feed & Nutrition Award, The Aquafeed Award and the GRAPAS Innovation Award
During the Network Reception on the first show day, the winners of the coveted Innovation Awards were announced.
The GRAPAS Award had three winners this edition:
•    Buhler with the LumoVision, a data-driven optical sorting technology that closely targets grains affected by Aspergillus Fungi, the cause of Aflatoxin contamination.
•    Petkus with OptoSelector 901t, a unified system of analysis combining the full-color RGB method and a special light transmission method based on the translucent features of the seeds.
•    Selis with their Dynamic Angular Positioning System (DAPS). The DAPS system has brought a big solution to the important problems on the smooth roll passages and fine grooved roll passages.
The Animal Feed & Nutrition Award had three winners as well:
•    Van Aarsen for their Hot Start Steam mixer. The Hot Start Steam Mixer helps to optimize the feed conditioning process and feed safety while minimizing spoilage.
•    Geelen Counterflow for the Counterflow Cooler Plus which is a new generation counterflow cooler that improves product quality, operational costs and efficiency.
•    Famsun for their SWFL170 Vertical Pulveriser. The SWFL170 vertical pulveriser is designed for particle size reduction in the industry of aquatic feed production, including but not limited to the feed production for fishes, shrimps, crabs and turtles.
The Aquafeed Award had two winners:
•    Prairie Aquatech for their ME-PRO protein ingredient for aqua feed. ME-PRO is a plant-based protein ingredient that reduces aquaculture’s reliance on dwindling supplies of fishmeal.
•    Geelen Counterflow took the award home for their electric dryer. Recovering the energy and water contained in the exhaust air of the dryer, the Electric Dryer will reduce energy consumption for drying by up to 65%.