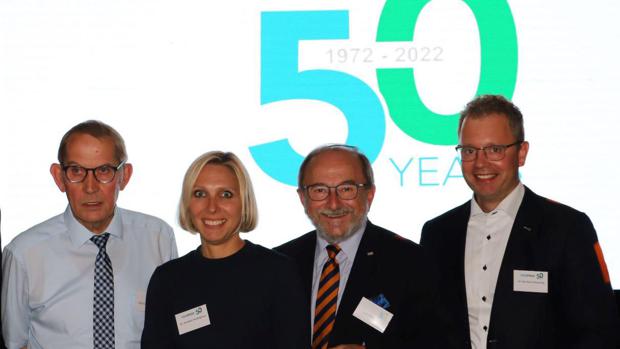 Deutsche Vilomix Tierernährung GmbH celebrated its 50th anniversary. The premix and mineral feed manufacturer has always been committed to professional know-how transfer to the industry and received the DVT Award for this commitment.


It all started in Cuxhaven as a subsidiary of the Lohmann Group(Vitamine Lohmann Mix): After this initial phase, the independent Deutsche Vilomix Tierernährung GmbH was founded in 1972. Just two years later, the company moved to the center of the processing industry, to Neuenkirchen-Vörden. And it was precisely at this location that Vilomix celebrated its 50th anniversary as VILOFOSS Deutschland with around 220 guests on June 24, 2022.

"This anniversary represents fifty years of professional know-how transfer in animal nutrition," explained Peter Radewahn as guest speaker at the event. The Managing Director of the German Pet Food Association (DVT) e.V., Bonn, illustrated this achievement with several examples. For example, he said, Vilomix had worked consistently according to scientific findings from the very beginning and had passed on its knowledge to compound feed manufacturers, i.e. customers, who had no corresponding departments. In addition, the company has actively conveyed know-how to the entire industry through numerous seminars. In matters of feed law, Vilomix competently assists its customers, he said. On the occasion of the anniversary, Radewahn honored the comprehensive commitment with the DVT Award. 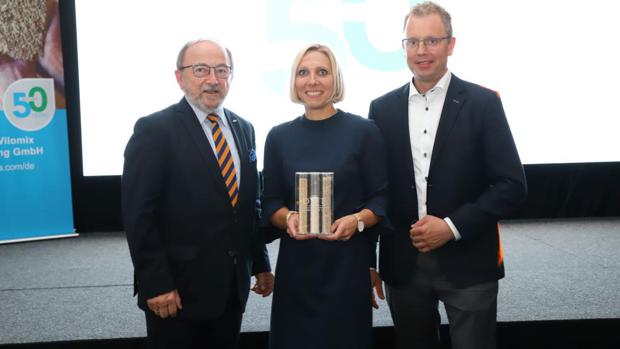 "The award is a great honor for us, which we will continue to fulfill with performance and quality in the future," assured Vilomix managing directors Dr. Annabell Hardinghaus and Dr. Bernhard Wesseling. During the anniversary event, both emphasized "that the employees are crucial to the success of the company."

Lining the future with less CO2

Under the motto "Make a wish - or: The feed of the future?", Prof. Dr. Josef Kamphues of the University of Veterinary Medicine in Hanover, Germany, described the diverse demands on modern feeds and the corresponding industry. According to Kamphues, "feed with or in the future will be produced with lower energy input as well as low C02 load and will contain fewer components that can be directly consumed by humans." In addition, Kamphues expects that in the future, feed will not only meet needs, but also satisfy wants. During the Vilomix anniversary, the scientist predicted that plant and animal production will (once again) become more intertwined and aspects of animal health will be given greater consideration. The "feed of the future" would be used for animals whose husbandry and use would be more socially accepted than at present.